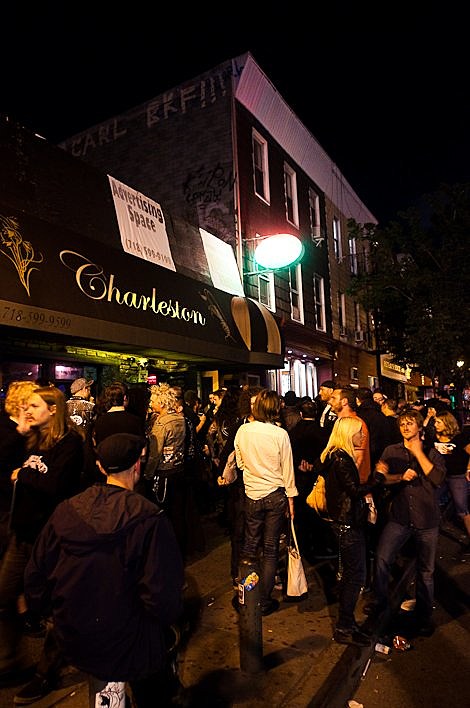 One of the events during this past weekend's Northside Festival was the Jameson Block Party happening at different locations each day. It would've been at The Charleston yesterday (6/14) but was moved to The Gibson after an incident at The Charleston Saturday night. Gothamist reports that a server at nearby restaurant Sujo said there was a fight at the bar that night, and police found a 32-year old man around 1:30 AM inside The Charleston, unconscious and unresponsive with severe head trauma.

The man was taken to Bellevue Hospital in critical condition. Police say no arrests have been made, and they're still investigating.