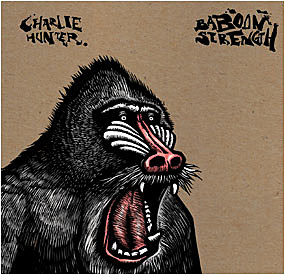 Charlie [Hunter] has wrapped up the recording of his next record titled 'Gentlemen, I Neglected To Inform You You Will Not Be Getting Paid.' The lineup includes Eric Kalb (Sharon Jones and the Dap Kings, John Scofield) on drums, Curtis Fowlkes (Jazz Passengers, Lounge Lizards, Bill Frisell) and Alan Ferber (Don Byron, Kenny Wheeler) on trombone, and Eric Biondo (Antibalas, TV On The Radio) on trumpet! The official street date for the new album is January 12th!

Guitarist Charlie Hunter's residency at Brooklyn's Rose Live Music starts tonight (1/5) and runs through the month of January. Tickets are on sale. The shows coincide with Hunter's new record Gentlemen, I Neglected To Inform You You Will Not Be Getting Paid, a track from which is posted above.

Eric Biondo, who plays with Charlie, is also a member of Antibalas, who are continuing their Thursday night residency at Knitting Factory Brooklyn into 2010. They're on the schedule for January 7th (tix), 14th (tix), 21st (tix), and 28th (tix). Members of Antibalas play in the Broadway musical Fela!, which is currently selling tickets into June 2010 (we're rooting for it in light of the news that 10 Broadway shows are closing this month alone)...

...[Fela!]producer Stephen Hendel knows that developing audiences for Fela! isn't going to be easy: He needs to sell three times as many seats a week as he did off-Broadway. So he's enlisted rapper Jay-Z and superstars Will Smith and Jada Pinkett-Smith to lend their names as producers. He hopes Fela! will become a hot ticket, like it was off-Broadway.

"Suddenly, we were just sold out," he says. "Celebrities calling every day, world-famous musicians. We had no tickets. We'd squeeze them in."

Jones says he's already hearing good word of mouth when he stands at the back of the theater.

"It's a fun evening," he says. "Even with all the things that go down in that second act, I heard some people describing it as 'uplifting' the other day. Uplifting? Well, it ends with people bringing coffins into the theater, but I guess that's ... I've also heard people say, 'It made me want to go out and be an activist!' Well, that's good." [NPR]

All Charlie Hunter tour dates and album info are below... 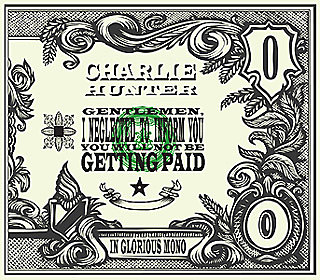