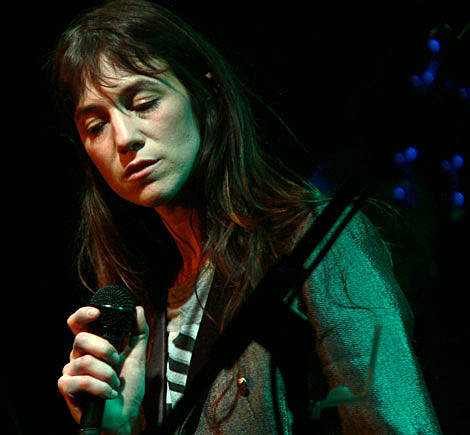 Charlotte Gainsbourg played at the Bell House and Hiro Ballroom last January as part of a short-string of dates in support of her new record, IRM.

She'll be back in North America for shows around her Coachella performance on April 18th. As part of those, she'll play NYC's Webster Hall on Sunday, April 25th. Tickets TBA.

Beck, the producer and songwriter for Charlotte's album, joined her to perform their "Heaven Can Wait on L.A.'s KCRW. That video and all tour dates are below...

Charlotte Gainsbourg and Beck performing "Heaven Can Wait" on KCRW