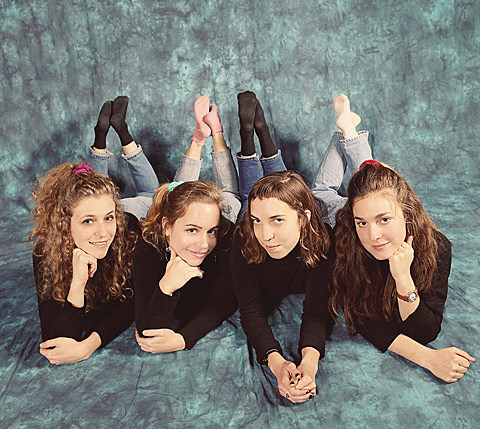 Seattle quartet Chastity Belt will release their second album, Time to Go Home, on March 24 via Hardly Art. Like their debut, No Regrets, they mix anger, humor and attitude with some of post-punk's more jangly influences. Electrelane is an admitted source of inspiration, and that's as good a reference point as any, though without the ethereal vocal style. No distortion, but plenty of tension, set to slow simmer. You can check out Time to Go Home's title track, which closes the album, below.

Chastity Belt (whose singer Julia Shapiro is also in Childbirth) only have one currently scheduled show -- Seattle's Tractor Tavern on January 28 where they'll open for Bass Drum of Death -- but look for them to tour late this year.

Album art, tracklist and the "Time to Go Home" song stream below...