Lemuria at Chaos in Tejas 2012 (more by Tim Griffin) 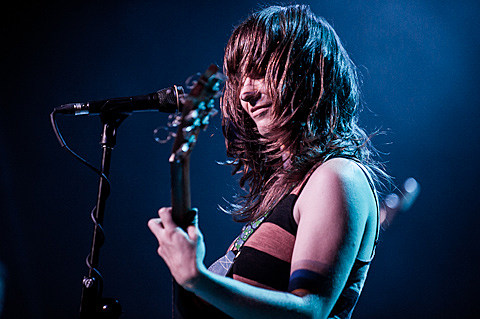 Bomb the Music Industry are calling it quits and playing a previously discussed final show at Warsaw on 1/19 with Cheap Girls. Since we last spoke, more details have been announced, including that Andrew Jackson Jihad was added to that show, and that BtMI! will do another show on 1/17 at the same venue with The Slackers, Lemuria and Hop Along. Both are sold out.

Meanwhile, while Michigan power poppers Cheap Girls, Buffalo indie punks Lemuria, and Phoenix folk punks Andrew Jackson Jihad are in NYC, they'll all be teaming up for their own show happening in between the BtMI! shows on January 18 at Europa. AJJ are headlining and Cheap Girls will be playing acoustic. Tickets for that show are on sale now.

Cheap Girls and Lemuria both have other upcoming dates, all of which are listed, along with a couple videos, below...