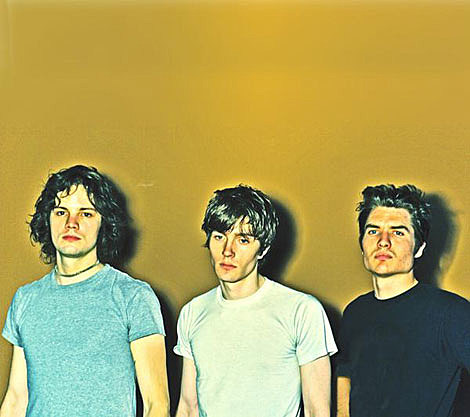 As you may have heard, Jay Reatard's Shattered Tour blows into town tonight (10/1) at Le Poisson Rougue, having seen every band on tonight's bill except for Useless Eaters, I can say this sounds like a whole lot of fun. Except for the part that it's a five band bill where doors don't open till 11pm, which seems super late for a 21+ show. So if you don't have to get up and go to work on Friday, or you've evolved beyond the need for sleep, definitely check it out. (The scheduled set times for the night is below.) Expect nudity, maybe some blood, and a whole lot of catchy garage punk pop from Box Elders, Nobunny, Hunx & His Punx, Useless Eaters, and your host for the night, Mr. Reatard (who is also performing with Useless Eaters). You can download a free sampler featuring all the artsits on the tour at the bottom of our just-posted interview with Jay.

A band that are on some of the Shattered Tour dates, though not tonight's, are Cheap Time who are gonna be in town this weekend playing Friday (10/2) and Saturday (10/3) at Silent Barn. This Tennessee trio leans more on the catchy punk and less on blown-out levels and reverb than many of the bands lumped in the garage universe, with their new single "Woodland Drive" being a big leap forward sonically and songwriting-ly.

Friday's show also has Fluffy Lumbers on the bill. Their song "Cruisers" has gotten a lot of play on my stereo over the last two months. You can download it at the top of this post. The band's line-up is in flux at the moment, so I'm not sure how many Fluffy Lumbers there are at this point, but they're worth listening to. Also playing: art-punks White Diamonds and Beachniks which includes members of German Measels and Crystal Stilts.

Speaking of Silent Barn, Alabama's Thomas Function played there last night (9/30), their first NYC show since January. You've got two more chances to see them: tonight (10/1) at The Studio at Webster Hall and tomorrow (10/2) at Bruar Falls. Thomas Function have a new album, In the Valley of Sickness, which is out October 13 but I'm pretty sure they've got it to buy at their merch tables this weekend. I've only heard a few songs from it (you can download one at the top of this post). What I've heard sounds a just slightly less raucous than last year's Celebration, but I have a feeling the songs will be a bit wilder when played live. Both NYC shows (and all upcoming dates with TF) are with mysterious French dude Yussuf Jerusalem whose MySpace page and artwork might lead you to believe he makes some sort of scary black metal but in fact it's catchy, slightly gothy psych-rock not that far off from Ohio greats My Dad is Dead. 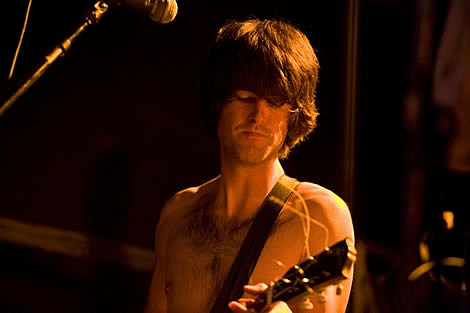 The Soft Pack are also back in town this weekend, playing their first shows since being odd men out on that NME tour that had them sharing the bill with UK acts Friendly Fires and White Lies. Their show at Bowery Ballroom on Friday (10/2) makes a lot more sense, with onetime 1928 labelmates The Sundelles, plus Right on Dynamite and The Dig. The band did spend part of their summer in Brooklyn, recording their debut for Kemado Records which should be out in early 2010. I haven't seen them since their Union Pool show back in January with Those Darlins which is one of the best times I've had all year, and I'm anxious to hear some new tracks, like "C'mon" which you can watch a live performance of at the bottom of this post.

There'll be more This Week In Indie later, including The Dø, Pains of Being Pure at Heart, Besnard Lakes, the return of Frank Sidebottom and more. Stay tuned. In the meantime, check out videos, flyers and tour dates after the jump. 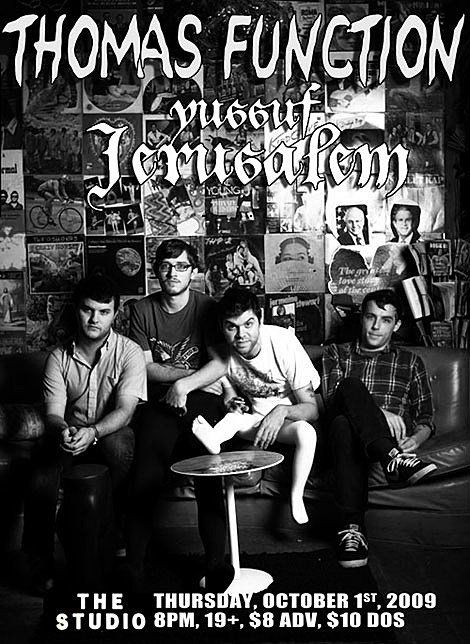