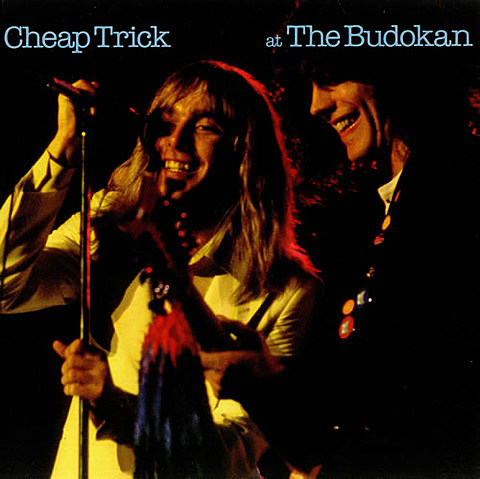 Cheap Trick found early success in Japan, and capitalized on this popularity by recording Cheap Trick at Budokan in Tokyo on April 28 and 30, 1978, with an audience of 12,000 screaming Japanese fans nearly drowning out the band at times. [At Budokan] was intended for release only in Japan but with strong airplay of the promotional album From Tokyo to You, an estimated 30,000 import copies were sold in the United States and the album was released domestically in February 1979. The album also introduced two previously unreleased original songs, "Lookout" and "Need Your Love".

In the U.S., the album peaked at number four on the Billboard 200 and became the group's best selling album with over three million copies sold. It also ranked number 13 on Billboard's Top Pop Albums of 1979 year-end chart. The single "I Want You to Want Me" reached number seven on the Billboard Hot 100 chart. The second single, a cover of Fats Domino's "Ain't That a Shame" also charted, reaching number 35. Cheap Trick at Budokan was certified triple Platinum in 1986 by the RIAA. -[Wiki]

So yeah, you could say that Live at Budokan was OK for Cheap Trick. Maybe even big enough to warrant a party?

Cheap Trick will celebrate the 35th anniversary of the concerts with a pair of US shows on the two shows' anniversaries, on April 28 at the John Varvatos boutique on the Bowery in New York (formerly CBGB, the subject of an amazing looking film) and April 30 at El Rey Theatre in Los Angeles. Each day will see the band performing the exact set the did in Japan 35 years prior, and both shows will be streamed online. A VERY limited number of tickets for the NYC show are available as part of a anniversary boxset deal.

Head below to stream all of the band's landmark LP.