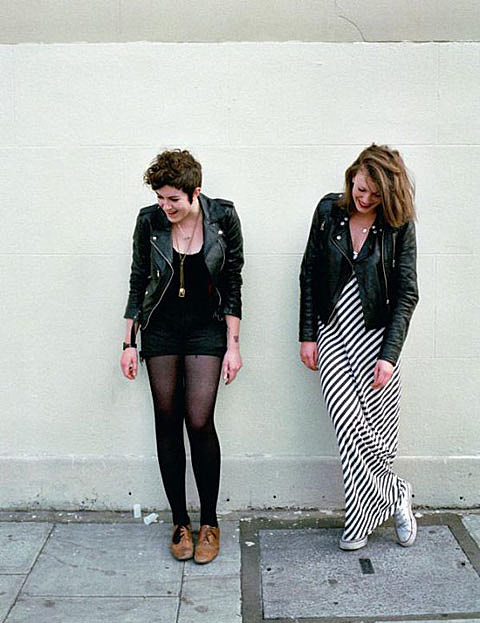 London duo 2:54, the current project of sisters Hannah and Colette Thurlow who previously played together in the punk band Vulgarians, have shared stages with Yuck, Male Bonding, and Warpaint, and even share an affinity with them for the same decade (the '90s). But while those bands are channeling the lo-fi/indie rock subgenres of the time, 2:54 are taking their influence from a much different side of the spectrum. Their name comes from the thundering 2:54 mark of the Melvins' "A History of Bad Men" and both sisters have a "life-long love of Queens Of The Stone Age".

The duo have yet to announce plans for an album, but they've got a few great songs on their soundcloud. The song "Scarlet" sounds like early-mid '90s Radiohead for about 20 seconds before the sludge-drenched guitar takes over and reverby sullen vocals kick in. Their first song to surface on the internet, "Creeping," is a locked-in stoner jam, and the guitars on "On A Wire" actually sound like they're being detuned as the song goes on. Check them out for yourself by listening to the streams of these tracks and a couple others below.

2:54 will make their US debut this week with two shows in NYC. They're playing Shea Stadium on Tuesday (11/29) with Total Slacker, DIVE, and Pages and a free show at Pianos on Wednesday (11/30) with Caged Animals.

All dates, a video, song streams, and the flier for the NYC shows below... 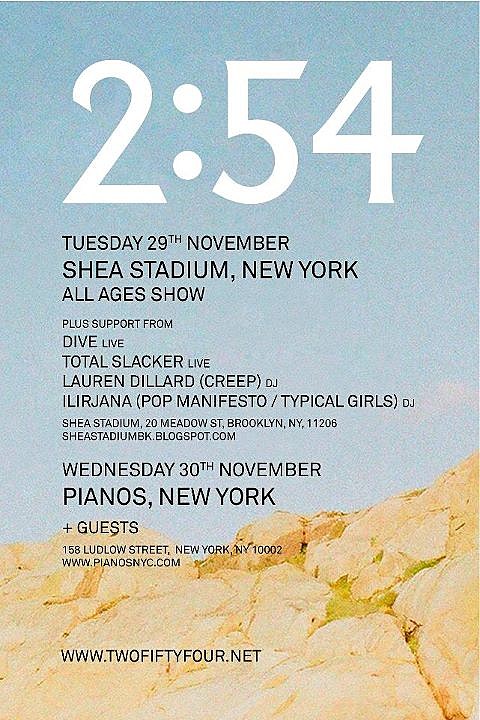