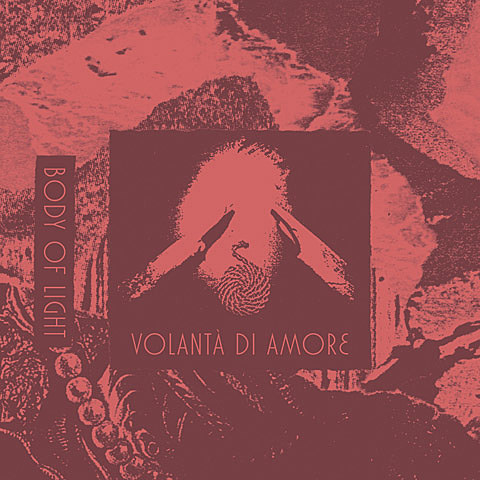 Tempe, Arizona's sibling duo Body of Light formed last year, originally as the solo project of vocalist Alex Jarson. After experimenting with soundscapes and drone,  Jarson decided to institute the help of his younger brother Andrew, and a noise-y synth project was born.

After releasing a series of limited edition tapes on their own art collective Ascetic House (Avon Ladies, Marshstepper) alongside Destruction Unit's Nick Nappa and Jes Aurelius, the band have readied their latest on Chondritic Sound. The release, Volonta di Amore (out 9/1), roughly translates to "Willingness to Love," a romantic posturing for a tape that both nods to early Christian Death and danceable synth pop (think of a slowed Linea Aspera.) For fans of Night Sins, Youth Code (who are touring together) and the like. Maybe you caught them in NYC at Nothing Changes back in June?

The tape comes from the latest batch of Chondritic Sound releases, including new ones from Hive Mind, Aaron Dilloway, and Spine Scavenger.

Stream that Body of Light record in full below.