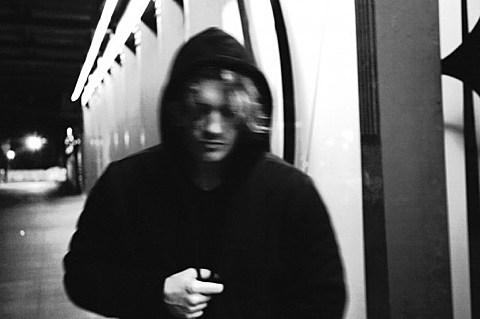 Producer Chris Malinchak, who currently resides in NYC, makes the sort of music reminiscent of the time in the '90s when house was finding its way into pop music and onto the charts. And Chris is cracking some charts of his own, with his new single "So Good To Me." The track hit #2 in the UK Top 40 Singles and the UK Top 40 Dance Singles, only losing out to Daft Punk's "Get Lucky" in both categories. Not that chart positions necessarily determine a song's worth, but from the appeal of this song it's pretty easy to see why it's getting so much love, and similarly to fellow house revivalists Disclosure, it's not without its arty ambitions either. Check out the song below.

Chris played NYC a few times this year, and though he doesn't have any upcoming shows in the city scheduled at the moment, he will be playing in the area when he appears at Camp Bisco which goes down from July 11 to 13 at Indian Lookout Country Club in Mariaville, NY. So if you're going to that festival, it'd be worth catching his set. He's part of a diverse lineup which includes names like Passion Pit, Killer Mike, El-P, Bondax, Baauer, Animal Collective, Danny Brown, RL Grime, and more. Tickets for the festival are on sale now. It's Chris Malinchak's only announced date at the moment.

The video for "So Good To Me" and some of his other tracks below...

Chris Malinchak - "So Good To Me" Official Video

Chris Malinchak - "So Good To Me"

Chris Malinchak - "If U Got It"

Chris Malinchak - "All Shook Up"