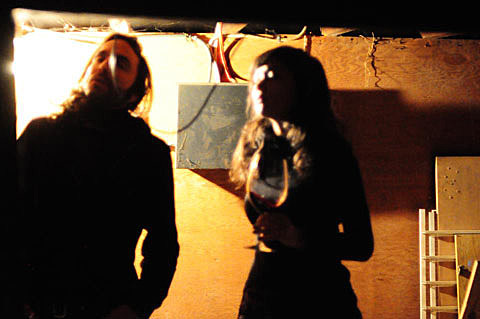 Vancouver duo Evy Jane (Evelyn Mason and Jeremiah Klein) quietly dropped their self titled EP this past February, which draws from the sub-bass and snare clicks of post-dubstep and Evelyn Mason's soft R&B vocals. By the end of 2011, that description certainly started getting old, but this duo does it well enough that I'm reminded of the reason that sound was so attractive, and not of the bandwagon jumpers it inspired. You can stream/purchase their entire EP at bandcamp, download the lead track "Sayso" above/stream below, and watch the video for it below.

They played a hometown show on 3/27 opening for Sun Araw and Matthewdavid at the Waldorf in Vancouver and won over a couple new fans. They don't seem to have many other shows revealed at the moment, but it's been announced that they'll play a Brooklyn show on May 29 at Glasslands. Tickets for that show are on sale now.