Ed Force One (photo via @ironmaiden 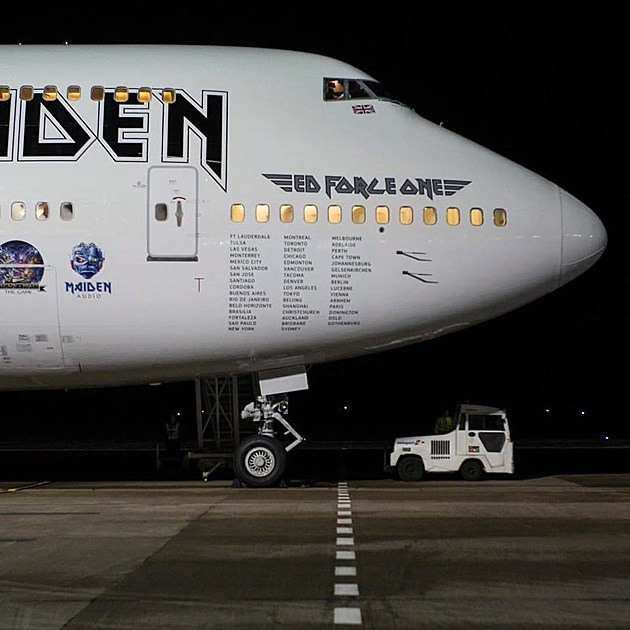 Word that Iron Maiden had a new, third version of their private plane "Ed Force One" (named after Ed, the character who appears on all of their album covers) has been around for awhile now, but the band is now making use of the Boeing 747 aircraft as they get set for their huge North American tour behind 2015's The Book of Souls.

The band posted a ton of pictures of the plane on their Instagram yesterday, as the plane, piloted by singer Bruce Dickinson, landed in Cardiff, Wales :

Bruce Dickinson and Ed Force Once (photo via Wales Online) 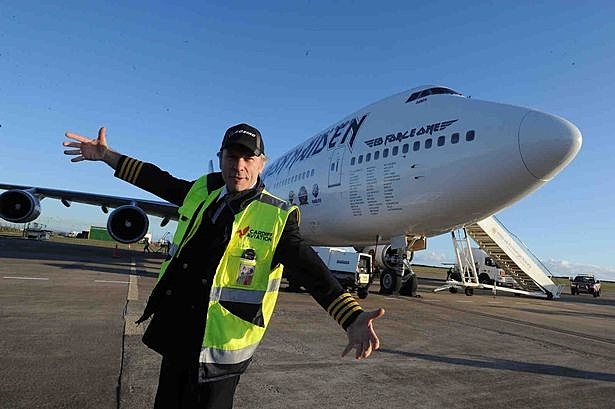 Dickinson and Co will fly the plane into Fort Lauderdale on 2/24 to kick off the tour. They'll make their way to NYC for Madison Square Garden on March 30, which is sold out.

Check out more Instagram photos of Ed Force One below, along with a diagram of the plane's design from back when the thing was announced. 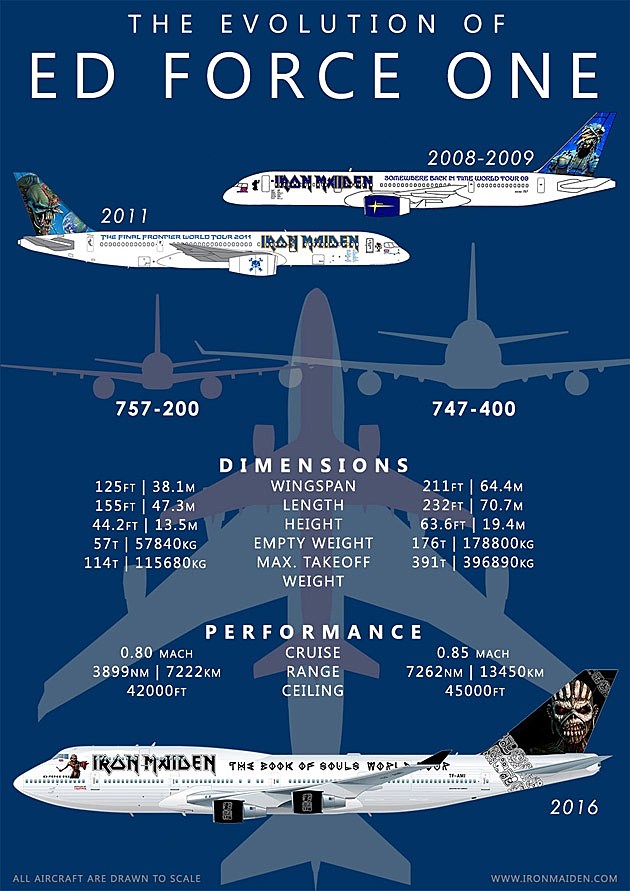 #edforceone the belly of the beast! #ironmaiden

She has served! #edforceone #IronMaiden