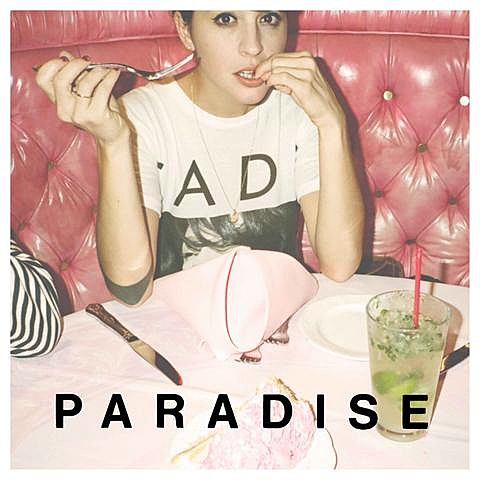 Nedelle Torrisi, who is one half of the Asthmatic Kitty-signed Cryptacize and has sung with Sufjan Stevens, Saturday Looks Good to Me and others, has a new musical project called Paradise and her first single under that name is out this week on Thin Wrist Recordings. Produced by Kenneth Gilmore (Ariel Pink), the record features vocal contributions from Ramona Gonzales and Julia Holter, as well some guitarwork from the ubiquitous Dev Hynes. It's lovely pop on the widescreen side of things and is refreshingly not awash in reverb. You can stream the A-side, "I Love Thousands Every Summer" (which has been floating around the internet for most of the year) below and you can check out the elaborate packaging for the 7" here.

Paradise plays two shows this week: Tuesday (11/13) at Glasslands with Field Mouse and WIM (tickets), and then Thursday (11/15) at Pianos with Andy Burrows, Catharsis and Cookies (tickets). While there is a five-piece band version of Paradise, these NYC shows will be just Nedelle and Ryan Keberle (of Catharsis) on piano.

Single stream is below.