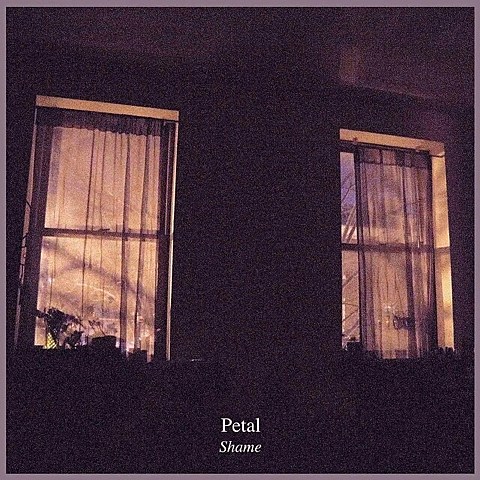 We recently mentioned that Petal is touring soon and that her debut album for Run for Cover had still yet to be announced, but now the details and first single are finally here. It's called Shame and comes out via RFC on October 23 (pre-order). That's the artwork above and the tracklist and a stream of "Sooner" are below.

Petal is the project of singer Kiley Lotz but her band includes Tigers Jaw's two main members, Ben Walsh and Brianna Collins, and if you liked that band's 2014 LP Charmer, you're almost definitely going to like the new Petal single. A few of the melodic changes feel influenced by that band and it's got similar warm fuzzy guitars (Will Yip also produced both albums), but Petal is definitely its own beast. Kiley's belting chorus could have made for an instant hit when alternative rock bands that aren't the Foo Fighters actually scored hits, and now it sounds like the kind of indie rock that's been buzzing on a smaller level. Like many of their RFC labelmates, it's music that's unafraid of big hooks and open-hearted sincerity. If you like music that makes you feel something, you should give Petal a spin.

Catch them in NYC when their tour with Captain, We're Sinking hits Black Bear Bar on September 12. Tickets for that show are still available.