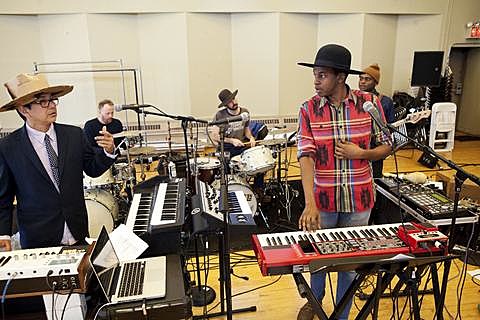 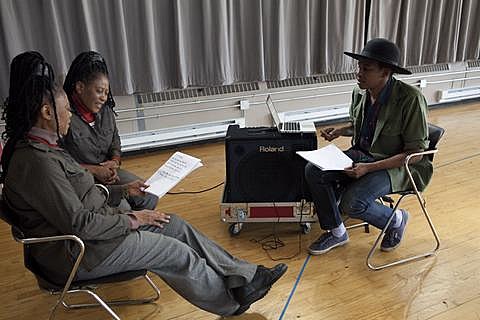 One of the most anticipated events at this year's Red Bull Music Academy is "ATOMIC BOMB! The Music of William Onyeabor" which happens May 2 & 3 at BAM's Howard Gilman Opera House. The two nights will feature David Byrne, Alexis Taylor (Hot Chip), Kele Okereke (Bloc Party), Luke Jenner (the Rapture) and more paying tribute to the music of the Nigerian funk singer and synthesizer pioneer. Tickets are still available for both nights.

While we're still over a month away from those shows, the backing band -- led by Sinkane's Ahmed Gallab and featuring Money Mark, Pat Mahoney (LCD, etc), the Lijadu Sisters and Sinkane's Jason Trammell, Ish Montgomery and Jonny Lam -- have already started rehearsals. We've got a set of pictures of them working things out in this post.

As mentioned, in addition to these concerts, there is an Onyeabor remix album, titled What?, that was commissioned by Moog and will be released on Record Store Day (April 19) featuring reworkings by Hot Chip, The Vaccines, Justin Strauss & Bryan Mette, Joakim ft. Akwetey (Dragons of Zynth), JD Twitch (Optimo), Daphni, Javelin, David Terranova, Policy and Scientist. You can stream the Alexis Taylor remix (which is practically a cover), and check out the album's tracklist, below.

More pics from "ATOMIC BOMB" rehearsals and the remix stream below... 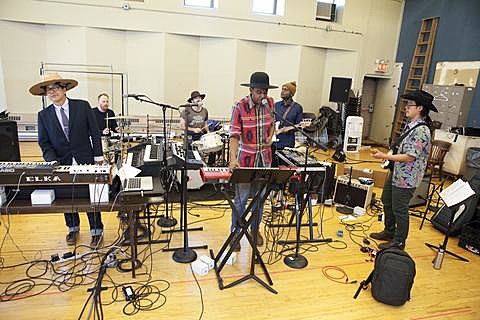 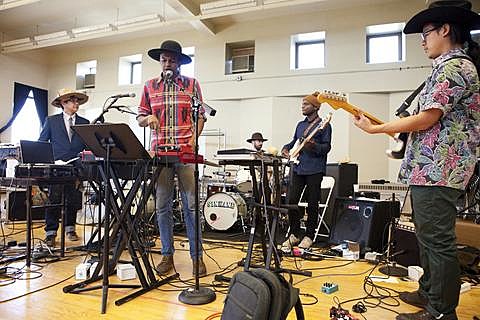 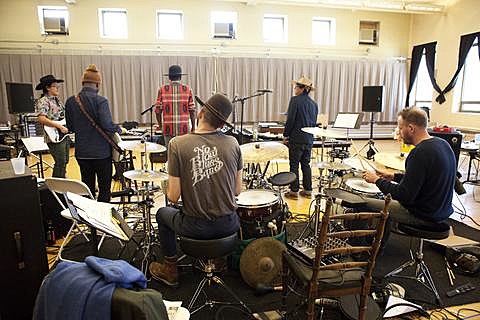 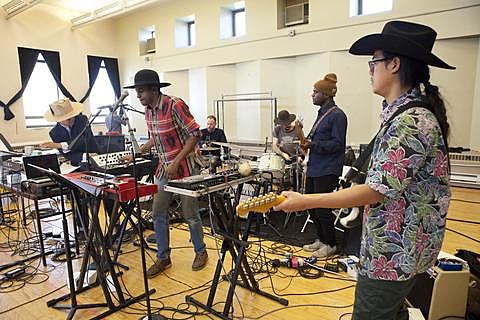 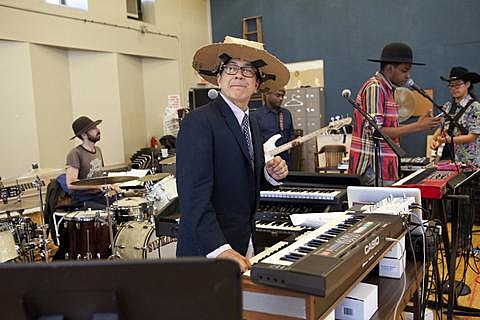 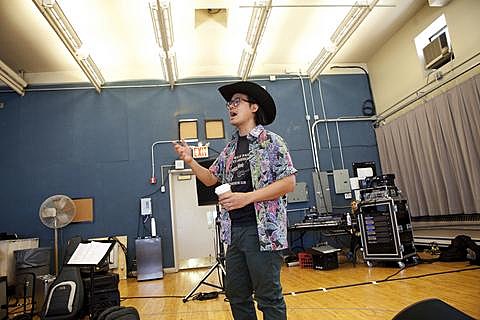 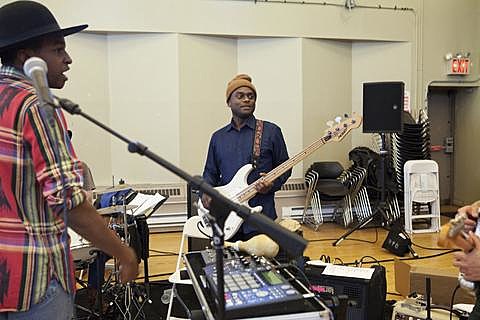 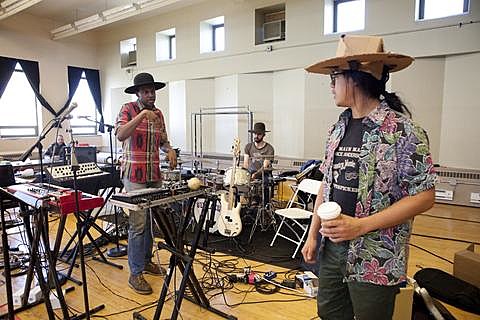 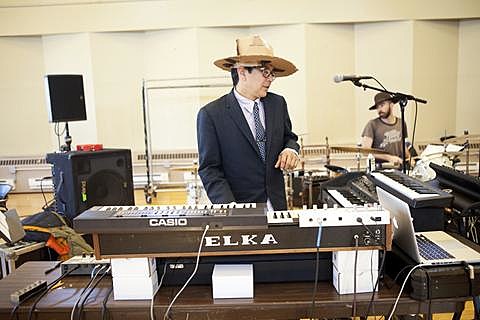 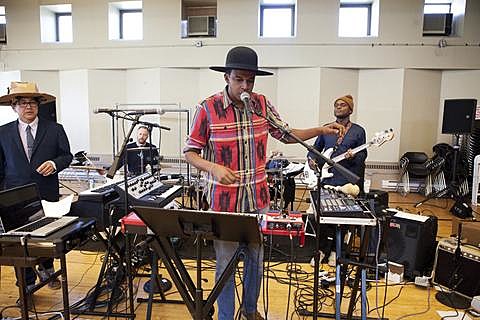 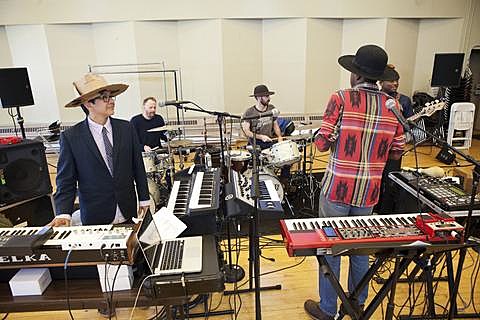 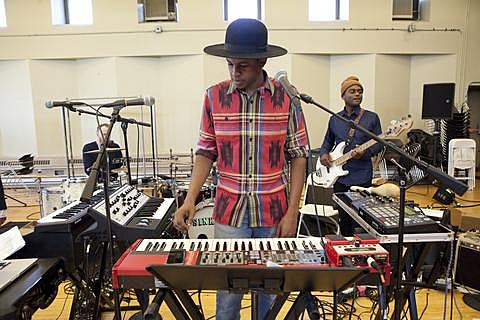 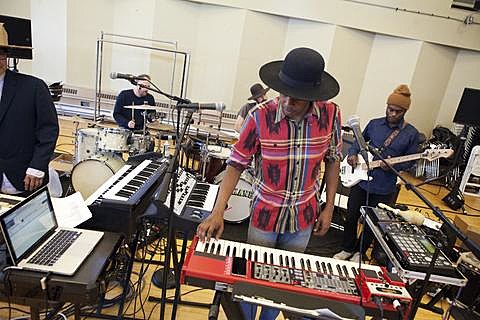 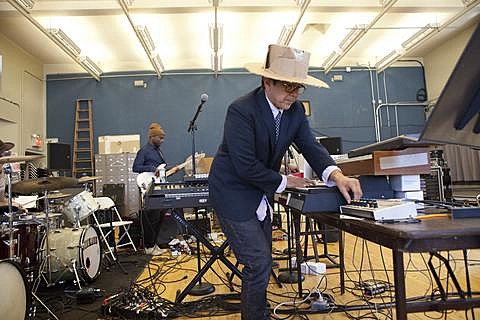 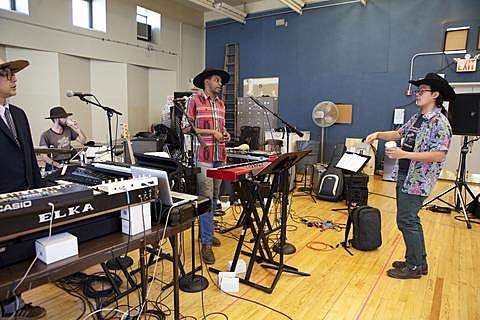 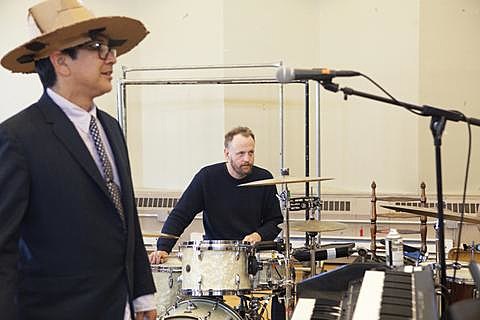 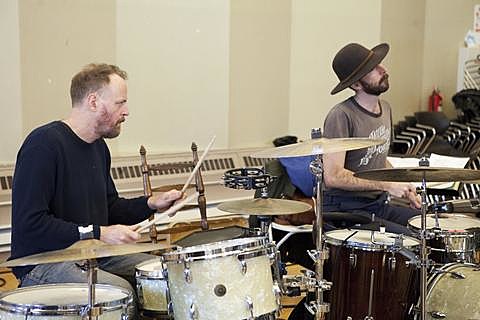 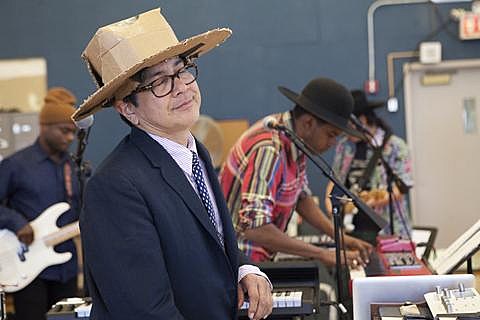 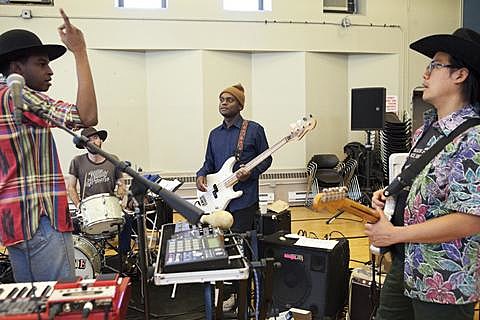 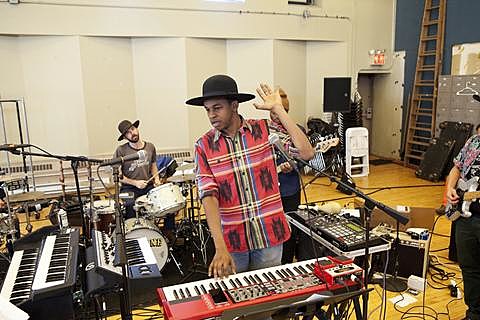 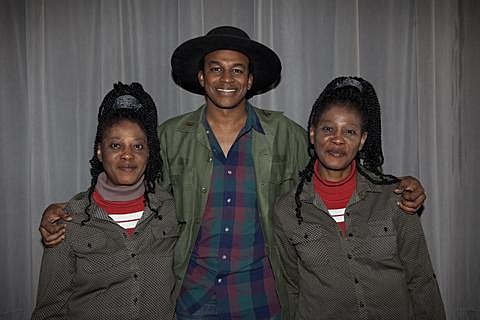 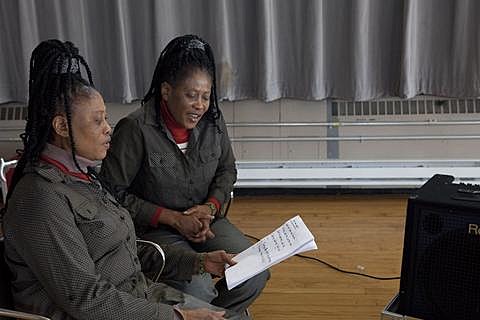 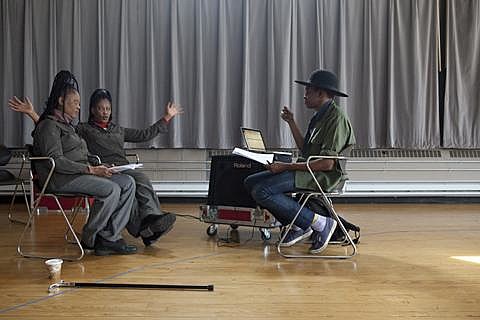 What? William Onyeabor remixed tracklist:
Side A
Hot Chip - Atomic Bomb (cover)
The Vaccines - Do You Want A Man (Remix: John Hill, Rich Costey. Re-work of Heaven and Hell)

Side C
JD Twitch (Optimo) - Why Go To War? (cover)
Daphni - Ye Ye (Re- work of When The Going Is Smooth & Good; Courtesy of Merge Records & Daphni aka Caribou [Dan Snaith])
Javelin - Heave and Hell (remix)