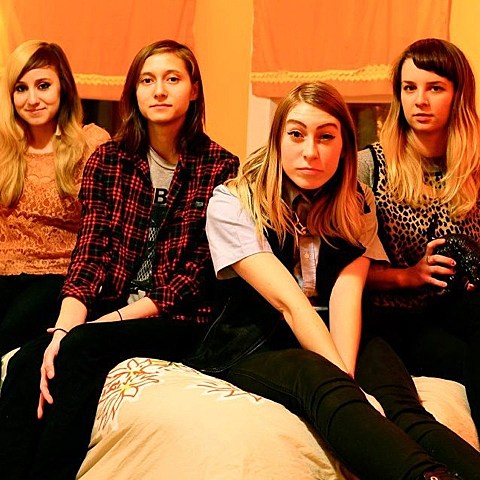 Northampton rockers Potty Mouth formed back in 2011 and they've quickly become one of the most promising new bands in their local scene. They first caught our ears with the Sun Damage EP, which came out in July, 2012. The EP has its roots in '90s alternative and indie, and like the bands that inspire Potty Mouth, they aren't afraid to actually rock. They just recently followed that EP with a new single, "Damage," which you can watch the video for below. "Damage" picks up where the EP leaves off, but with thicker production and in terms of all around songwriting, it might be their best track to date.

Potty Mouth have a few NYC shows coming over the next month or so. They'll play XPO 929 on February 15 with In School, Kicking Spit, and Spirit of Danger (more info here).

They're also part of the stacked Indie Pop Prom on February 28 at 285 Kent with The Pains of Being Pure at Heart, Swearin' Waxahatchee, and Weed Hounds. Tickets are $10 or $8 if you come dressed in prom attire, and are on sale now. Their only other announced date that we're aware of is a hometown show with Hilly Eye, Slutever, and Tomboy.

The band will then play the next night (March 1) at the New Museum in conjunction with their new exhibit "NYC 1993: Experimental Jet Set, Trash and No Star."

A list of all dates, the "Damage" video, and the Sun Damage EP stream below...