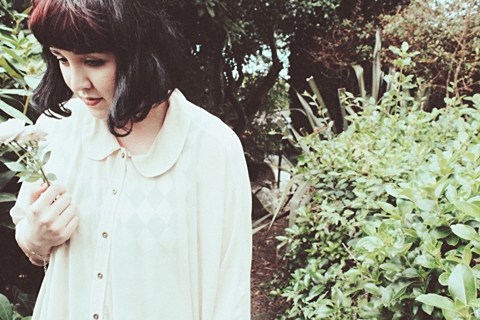 Why Shunkan for the band name?

MS: I've struggled with being present in the moment. In Los Angeles, I was constantly planning and preparing for things that I had no control over. Shunkan in Japanese means 'moment' or 'in a moment', so that's what I want to be.

Why Honey, Milk and Blood for the EP title?

MS: I kind of have no recollection of how I came about thinking of this but in my brain, 'honey' represents the love you get from family, friends, and significant others. 'Milk' represents your bones and giving credit to yourself for getting through all that you've gone through, and 'blood' is the bad and the ugly, but we can't be who we are without it. It's weird but to me, that's just how I see myself built. And that's what the EP is made of. [The Mat Mag]

Shunkan (pronounced "shoon-kahn") is the recording project of 20-year old Marina Sakimoto who's from LA but now resides in New Zealand. Her debut EP, Honey, Milk and Blood, comes out next week (5/5) via UK label Art Is Hard Records (pre-order), who's put out releases for Joanna Gruesome, Fear of Men and Nai Harvest. You can hear the EP ahead of its release though -- a full stream makes its premiere in this post.

Shunkan previously released two songs from the EP (downloadable above), and so far she's been compared to Karen O, Bjork, Waxahatchee, Tegan & Sara and still others. I don't particularly think she sounds like any of those artists, not to mention they're all very different, which I think is a good thing. If no one can quite place their finger on what an artist's debut EP sounds like, I'd say that's more promising than a new artist that gets compared to the Talking Heads by every blog who covers them. One thing those artists do have in common, that Shunkan shares too, is a real individuality and the ability to transition between styles while staying cohesive. It's not like there's nothing to compare this too -- the first half of "Hail" is a dead ringer for My Bloody Valentine, but it's also the only song on the EP that sounds that way.

Opener "Dust in Your Eyes" shifts between sadcore balladry and uplifting indie rock, all covered in a layer of lo-fi fuzz. "It's Not Your Fault!" is catchy pop shoegaze but favors strong, lyrical vocals over the reverb-washed style often used in that genre. Marina ditches the distortion pedal entirely for the gorgeous dream pop of "Over," but stomps it back on for EP closer "Wash You Away," a nice dose of confessional, anthemic fuzz folk. The whole EP is highly recommended, and can be listened to below. Fingers crossed for some US shows soon. 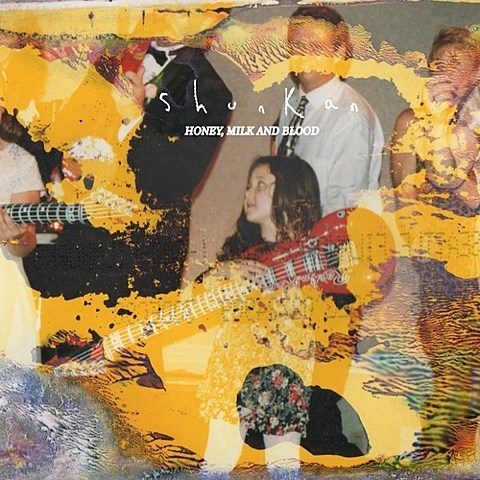