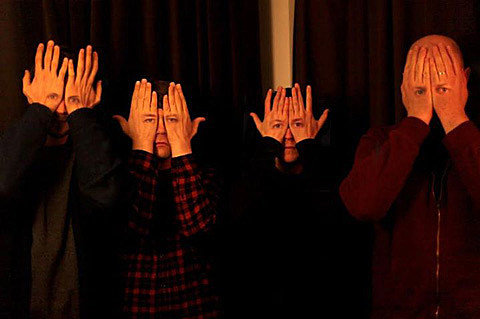 Toronto instrumental quartet Fresh Snow have been making mutant, motorik psych for about four years now. They've got a 2013 album and a couple singles (including a split with METZ) under the belts and a new one is on the way. If you like to zone on a drony kraut groove, you will probably be into the streamable tracks below. A new record is on the way soon, see keep your eyes peeled.

Fresh Snow have a couple hometown shows coming up, including the BrooklynVegan NXNE showcase which happens June 19 at Lee's Palace with Foxes in Fiction, Holydrug Couple, headliner Atlas Sound and a late night set from Yvette. That show is $20 at the door or free with a NXNE wristband or badge.

UPDATE: The Holydrug Couple had to drop off this show. In their place are Doldrums which makes this a pretty exciting show.