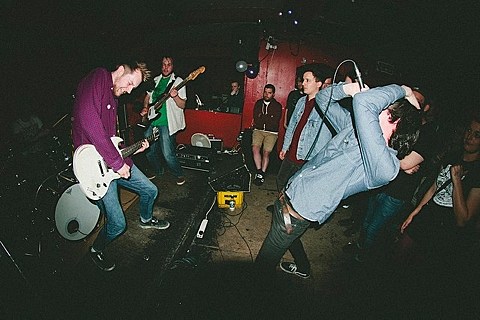 Nottingham, UK punks Plaids (not to be confused with UK electronic duo Plaid) tag themselves on bandcamp -- among other things -- as "Revolution Summer,", aka the name given by some people to the time when hardcore bands slowed down a bit and kind of began inventing a genre that would become known as emo. It might seem a little kitschy, but it also kind of makes sense. Plaids will almost definitely be tagged as "emo," but they've approached the genre with the attack of hardcore and punk. The vocals are hoarse, guitar turned up to 11, and the drumming is busy, rapid-fast, and ruthless. The songs are raw, and they come bursting out of your speakers with the same hastiness and intensity they were probably recorded with.

The band don't name their songs; they number them. And from the looks of their bandcamp, in just a year and change as a band, they're up to "Eighteen," which dropped this week on a split with Mars to Stay. It's in support of a European tour they're kicking off this month with Football, etc., with whom they also recently released a split with. You can stream "Eighteen," along with some other tracks from the band, below.

No North American dates to report at the moment, but we'll let you know when there are. 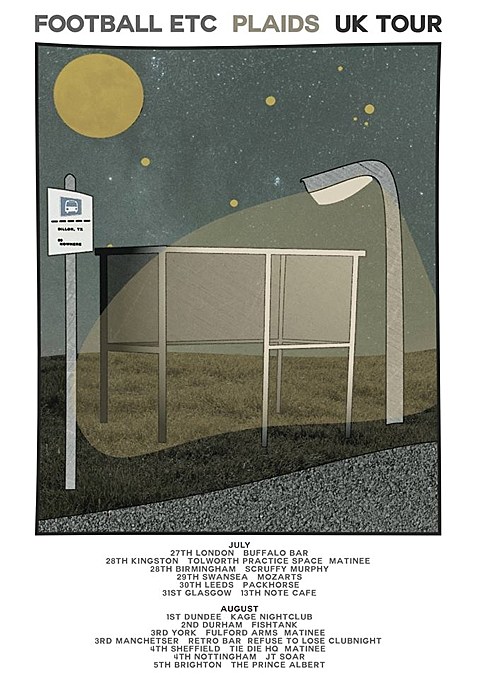