Chelsea Wolfe in an old schoolhouse in Gothenburg 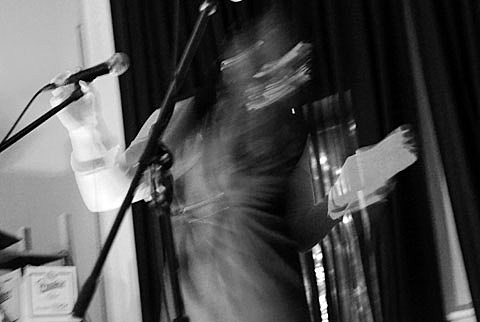 Chelsea Wolfe's sophomore LP Apokalypsis comes out via Pendu Sound next week (8/23). Until then, you can grab a track HERE and stream the entire thing on NPR who point out:

Like her fellow vaguely gothic femme fatales in Zola Jesus and Fielded, Chelsea Wolfe embraces the otherworldly lushness stemming from Kate Bush and Portishead's Beth Gibbons. But on Apokalypsis, Wolfe digs into the earth and finds something darker and more sinister.

You still have time to get aquainted with the album before Chelsea makes her NYC debut on Wednesday (8/17) at the BV-presented Saint Vitus show with Cult of Youth and Planning for Burial. The NYC show is the last show of a solo tour which otherwise only included European dates (including the Gothenburg show which was pretty DIY and took place in an old schoolhouse with a Love Is All sideproject opening).

"Solo" for Chelsea means she sings & plays guitar while Ben Chisolm runs the computer and other electronics. For future (and past) tours she'll have a full band. As Chelsea told Get Off The Coast:

I have a full band that I prefer to play live shows with, but, for example, on this current tour, I couldn't afford to fly the whole band over so I decided on a simple setup with just Ben (who plays synths in my band) and I, with backing beats, midi keyboard, and my guitar. Having the band onstage with me makes more sense for my sound and vision right now.. We can create an energy and atmosphere together that is so different to sing with than pre-recorded sounds. I'm doing my best with this minimal setup though. I have a show in New York next week on my way home from Europe and I hope that will be my last "solo" show for a while.

She says "last solo show for a while". I say "rare solo show"! Tickets are still on sale. And by the way, the venue sells vegan buns! Check out the tour & show fliers (NSFW) below.

Chelsea recently contributed a cover of "The Modern Age" to Stereogum's Is This It tribute album STROKED. The song is nothing like the original, and pretty much sounds like a Chelsea Wolfe song (which of course isn't a bad thing). Here's what Chelsea had to say about the contribution:

I didn't know this song well before I was given it to cover, so I listened to it a few times in a row and then started just focusing on the words. This song has great lyrics. I decided to pretend it was an old folk song. When I recorded my cover I was really sick and had taken lots of heavy cough syrup. I sat down with my classical guitar and just played it out, then my bandmate Ben (Chisholm) and I added layers of vocals, drums and juno until it felt slow and heavy like the medicine.

Download an MP3 of her cover of "The Modern Age" above. Other stuff below...

Chelsea Wolfe in an old schoolhouse in Gothenburg 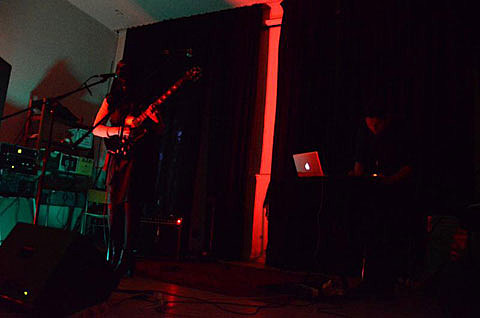 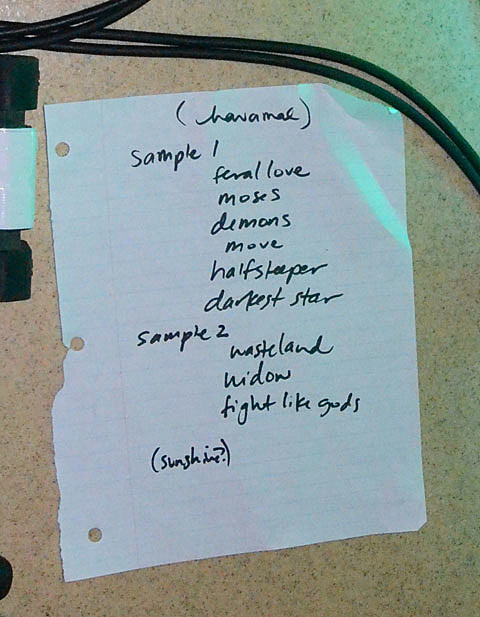 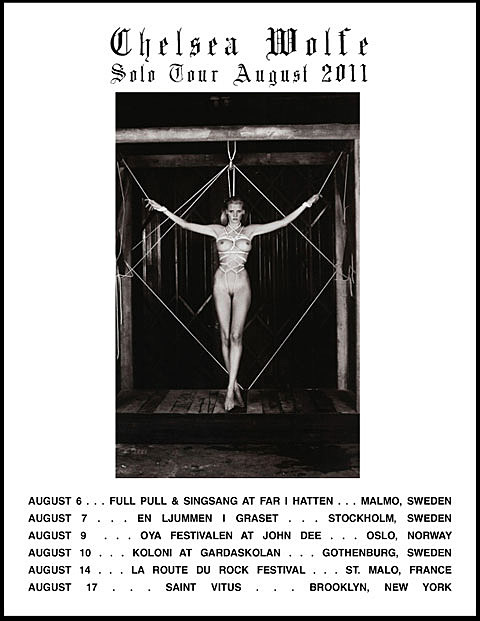 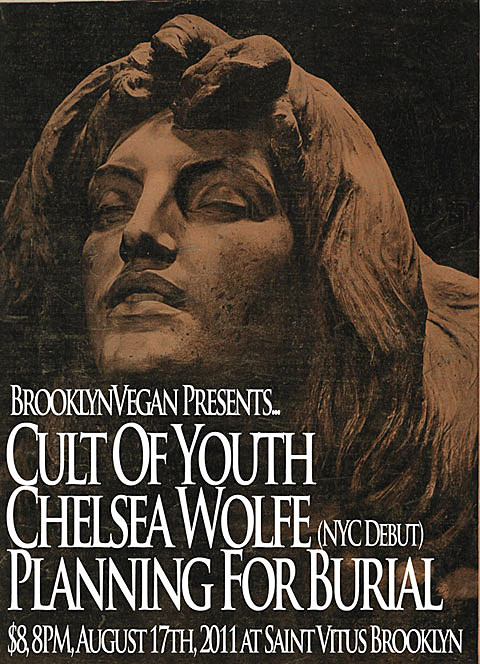