"I think I finally fell in love with NY.. I miss it already !" - Chelsea Wolfe 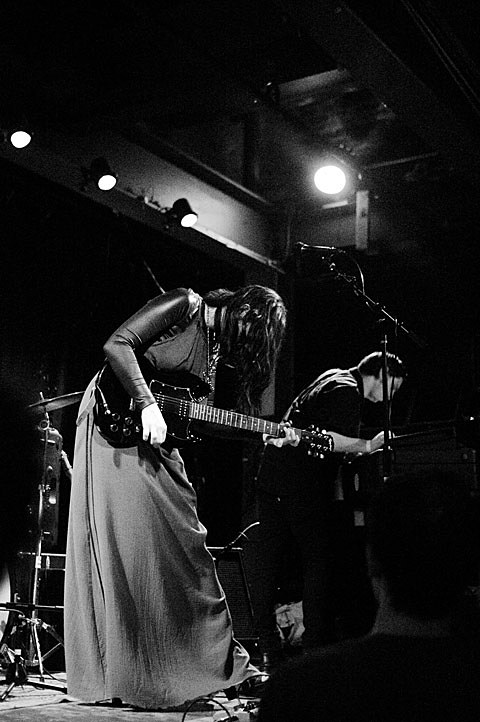 Chelsea Wolfe made her NYC debut this past August, but she was unable to bring her band along with her and was forced to accommodate using only her guitar, beats and samples. She returned to NYC this past week for a few CMJ shows, including Europa, Cake Shop, and the BV day party on Friday (10/21) at Public Assembly which is pictured in this post. This time, with her band in tow, Chelsea was able to perform her songs more similarly to the recorded versions, and it was even more mesmerizing than her solo show. As always, her eerie vocals remain the unobstructed focal point of the performance, but while her solo show focuses on dense atmospheres, her band provides intricate subtleties like the guitar interplay and galloping drums of "Mer" and the Sonic Youth-y guitar grit of "Demons." Though every song in the set was great, Chelsea was at her most intense during the mortal desperation of "Moses."

Rachel also talked a bit about the BV day party where she went on after A Place to Bury Strangers and before J Mascis.

A video for "Mer" recently premiered online. You can watch that along with a video from the BV party, more pictures and tour dates too, below... 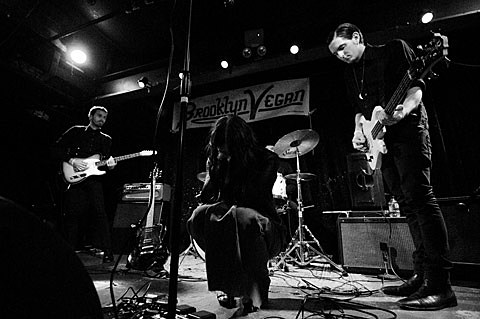 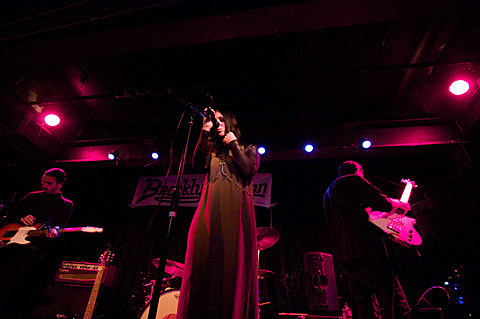 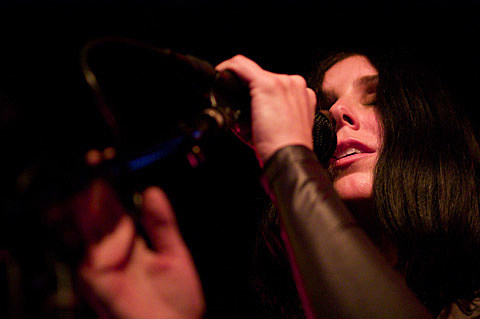 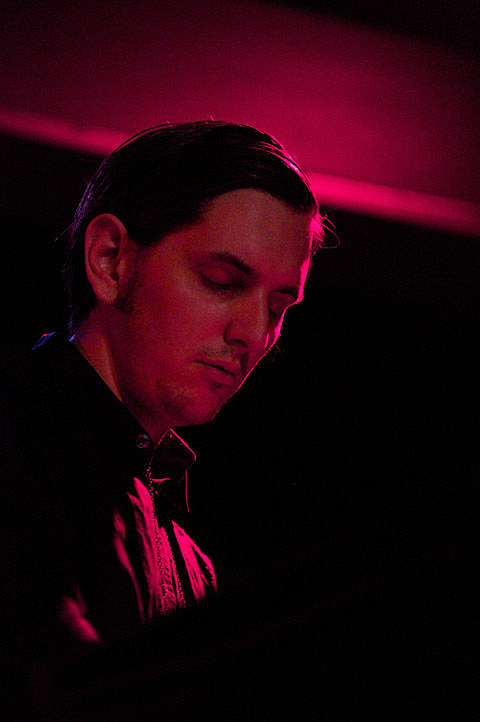 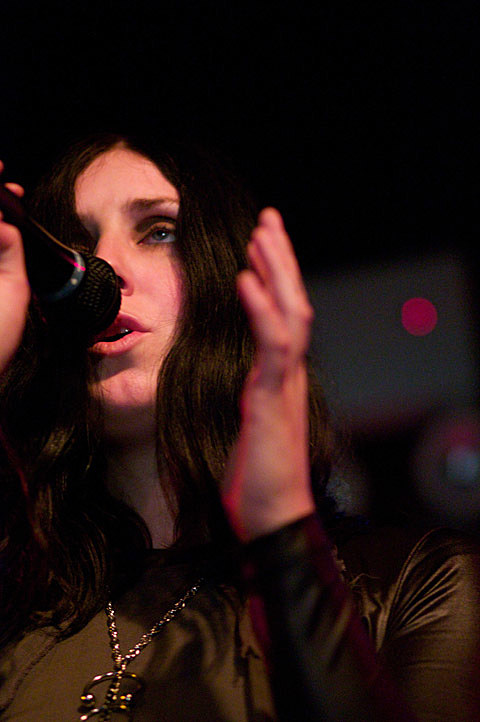 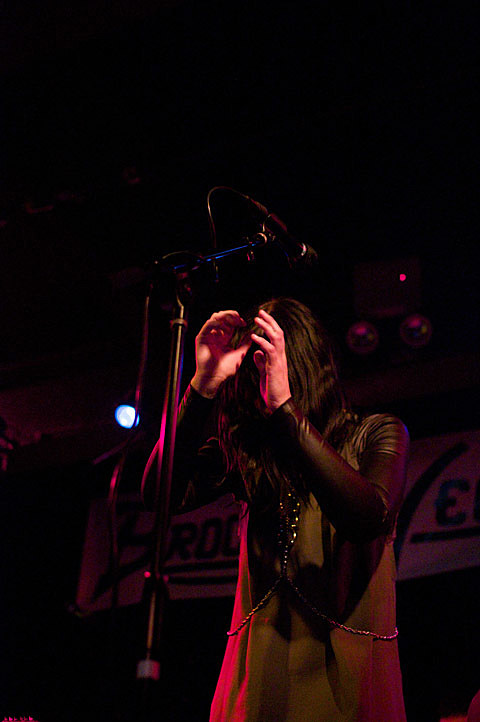 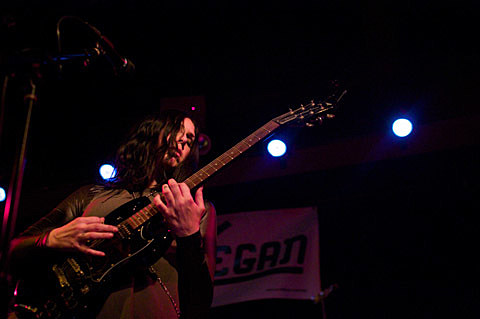 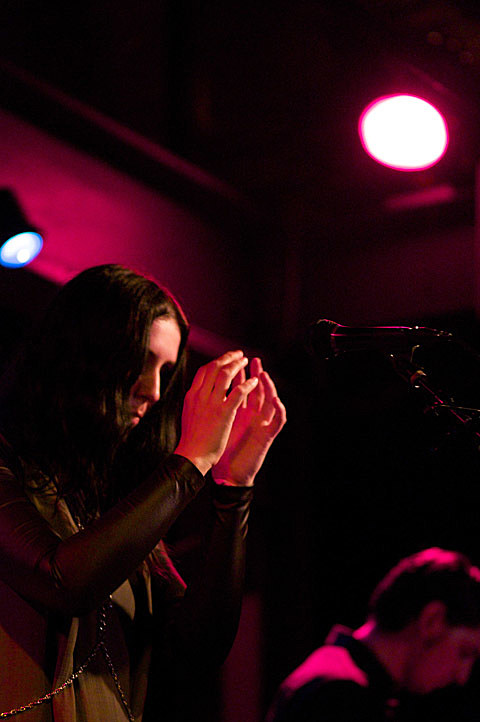 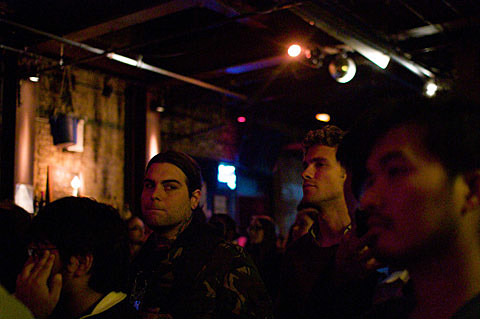