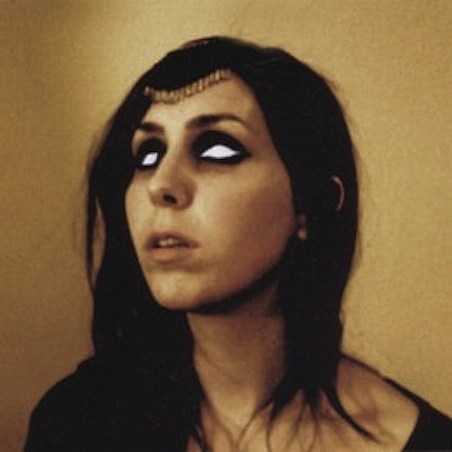 Chelsea Wolfe will release her sophomore LP Apokalypsis on August 23 via Pendu Sound. The album, pictured above, is the followup to her 2010 debut The Grime and the Glow, a self-recorded gem which successfully blends dark folk, noise and Grouper-esque ethereality. It was a limited release. According to a press release, with Apokalypsis, Chelsea ditches the rough sounds she attained on her mobile 8-track in favor of a proper studio. The result is a fuller and more instantly accessible affair, yet equally if not more haunting than her debut. Grab the track "Movie Screen" above and stream the whole album on soundcloud (stream removed).

Chelsea has some shows scheduled in July with Liturgy, who she played with at SXSW (and who Chris Grigg of Woe thinks are rude). There are no NYC dates included on the short run of dates, but she plays a solo show in NYC on either August 16 or 17 (her own website says 8/17). Venue and more details TBA.

All tour dates and album tracklist below...