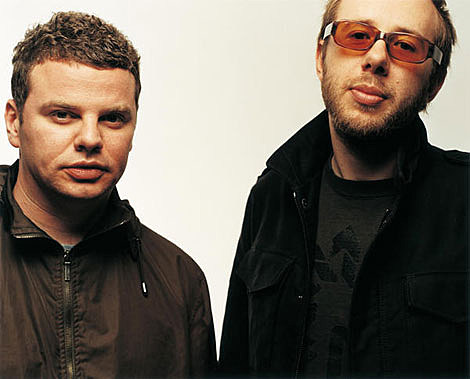 Chemical Brothers are set to release their seventh studio album, Further, on June 8, 2010 on Freestyle Dust/Parlaphone/Astralwerks. This album is the band's first to be released with corresponding films made specifically to match each of the 8 audio tracks. The films will be included on an iTunes LP and special edition DVD.

As well as an eight-track album, Further is the band's first proper partnership with long-time visuals collaborators Adam Smith and Marcus Lyall. Now a respected TV and film director, Adam - aka Flat Nose George - has been responsible for creating the visual backdrop for every Chemical Brothers gig since their live debut in 1994. Visuals for Further have been created to correspond with each track on the album and have been planned during the recording of the record.

The band will play four shows at London's Roundhouse in May. These will be the first opportunities for fans to see the band play the album with Smith and Lyall's new films in sequence and in their entirety. -PR

The band's upcoming shows include late summer gigs at Hollywood Bowl in LA and the Electric Zoo Festival on NYC's Randall's Island on September 4th. Headlining Electric Zoo's second night on September 5th will be Armin van Buuren. Tickets are on sale.

A song expected to be on Further called "Escape Velocity" was debuted last week on BBC. That song, all tour dates and the current Electric Zoo lineup are below...