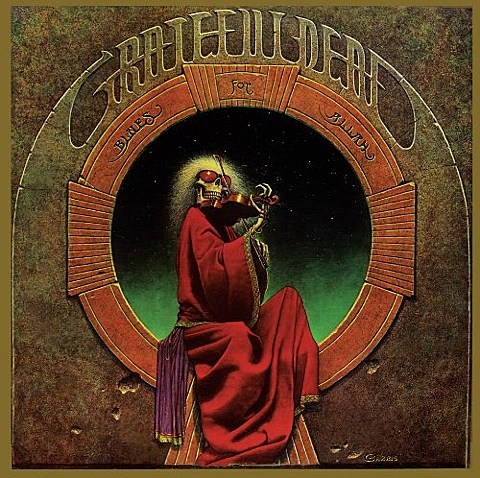 As you've probably heard, surviving members of the Grateful Dead are playing 50th anniversary shows in Chicago and California this year. Those are all of course sold out, but there are still other ways to watch. There's the pay-per-view webcast which is currently on presale via Dead50.net. That presale ends Friday (5/15), and will cost $50 more after that.

UPDATE: It's also happening at City Winery and The Space at Westbury.

As the shows' co-producer Peter Shapiro said he would, he'll also be live streaming it in select public locations, including his NYC-area venues Capitol Theatre (Port Chester) and Brooklyn Bowl (Williamsburg). Those simulcasts are now officially announced for the Chicago shows. They'll happen July 3, 4 and 5 at both venues. Tickets go on sale Friday at noon for the Cap and 1 PM for Brooklyn Bowl. Cap prices range from $15 through $245, and Brooklyn Bowl is just one price of $15.

Watch a video of the Dead playing "China Cat Sunflower > I Know You Rider" in Denmark in 1972, below...