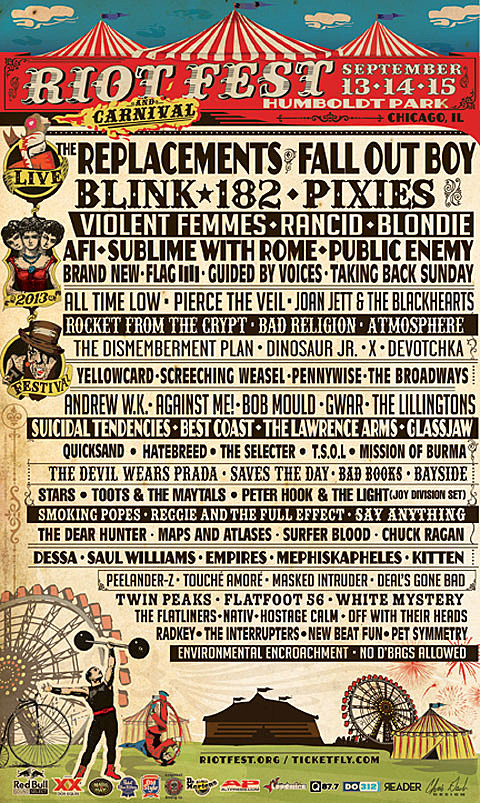 Pixies, Joan Jett & the Blackhearts, Suicidal Tendencies, Andrew W.K., Hatebreed, T.S.O.L., Off With Their Heads, The Flatliners, Nativ, Hostage Calm, The Interrupters, New Beat Fund, and Pet Symmetry will all be joining us this September to round out this rock and roll carnival!

Regrettably, a few bands have had to cancel due to unforeseen circumstances. Motörhead, Bad Brains, and Attack Attack! will not be able to make it this year.
Keep an eye out for the daily schedules and individual day passes for all of this year's Riot Fests Wednesday, July 24.

Bummer about the cancellations (feel better Lemmy!), but nice additions, Kim Deal-less Pixies included. Get your tickets, stay cool, and check out the just-released map of Lollapalooza this year.

UPDATE: Check out our pictures from Pitchfork Day One, Bjork and Joanna Newsom included, at BrooklynVegan and BV Chicago.