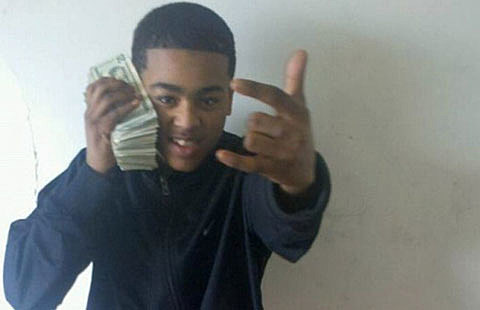 To quote The Smoking Section:

A little over a month ago, we saw Lupe Fiasco overcome with emotion as he watched video of friends whose young lives were snuffed out by violence. A week ago, the Chicagoan stated that the culture Chief Keef represented scared him. Today, we see more hard evidence as to why Lupe fears for the direction of his hometown, and the young people who populate it.

[An 18]-year-old rapper named Joseph Coleman, otherwise known as Lil JoJo, died from gunshot wounds late last night. Coleman had been embroiled in a rivalry withChief Keef associate and fellow rapper Lil Reese, even having an angry exchange with him in a video was posted on YouTube only a few days ago. In the clip, someone yells the words "I'mma kill you."

In a seemingly related set of tweets following Coleman's death last night, Keef seemed to be laughing at the tragedy that befell his teenaged rival.

17 year old Chief Keef's recent accomplishments include playing both Pitchfork and Lollapalooza, making the cover of FADER, and signing to Interscope Records who at least one writer suggests should drop Keef who he calls "garbage wrapped in human skin."

UPDATE: The police are investigating Chief Keef (and much more too)