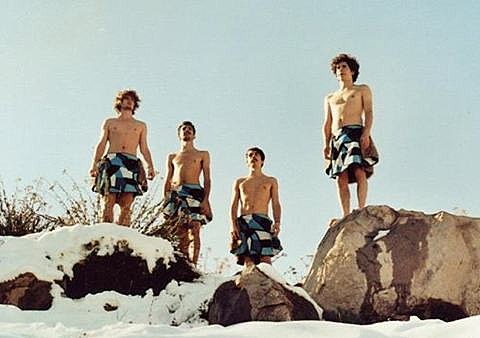 South American band Astro ofter get called "Chilean MGMT" not just for their very catchy, psychedelic electro-rock, but also the bronze age fashion they sport in press shots and videos. The band's self-titled debut album came out last year and despite them singing in their native tongue, the hooks can be appreciated by anyone. You can stream the whole album via Spotify and check out videos for singles "Ciervos" and "Colombo" below.

Astro will be heading to North America next month, starting with two shows in NYC: Cameo on July 13 with openers Grand Resort and La MiniTK de Miedo (tickets); and then July 14 at SOB's with American Royalty and Helado Negro (tickets). All tour dates are listed below.