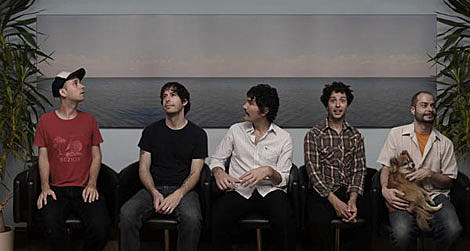 Windy city avant-pop combo Chin Up Chin Up will play their final show on May 15th at the Empty Bottle in Chicago, IL.

Here is what Lead Singer Jeremy Bolen had to say about the Break up:

I think I can speak for all of us when I say that we really had intentions to keep making music together for an infinite amount of time, but just as this band began in a natural way it is naturally coming to an end. Thank you to the hundreds of people who have helped us along the way, we have been truly lucky, and as cliché as it may sound, we could not have done any of this without you. Much love -Jeremy [Myspace]

Tickets are on sale for that last show, which will feature openers Tight Phantomz and Sleep Out. 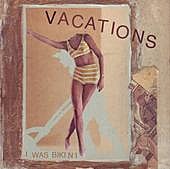 No-longer-side-project Vacations (made of Chin Up members Bobby Burg, Jeremy Bolen, Greg Sharp) announced on March 27th a "pay what you wish" album titled I Was Bikini/But Rain Afraid, now online through the Record Label record label. The "album" is really a "5 song 7-inch on sunset colored vinyl [I Was Bikini] + a download code for 8 bonus songs [But Rain Afraid]." Physical copies of that 7-inch are on sale at Flame Shovel Records.

According to Chin Up Chin Up's site, that'll make the band's February 2007 NYC shows at Mercury Lounge and Union Hall their last ever in the city.

Chin Up Chin Up videos below...

Chin Up Chin Up - This Harness Can't Ride Anything

Chin Up Chin Up - Why Is My Sleeping Bag A Ghetto Muppet?

Chin Up Chin Up Interface Interview