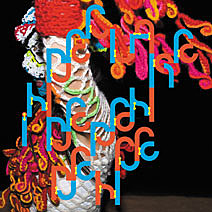 China will ban all entertainers from overseas, Hong Kong and Taiwan who have ever attended activities that "threaten national sovereignty", the government said on Thursday, after an outburst by Icelandic singer Bjork.

Earlier this year, Bjork shouted "Tibet! Tibet!" at a Shanghai concert having performed her song "Declare Independence", which she has used in the past to promote independence movements in other places such as Kosovo. [Reuters]