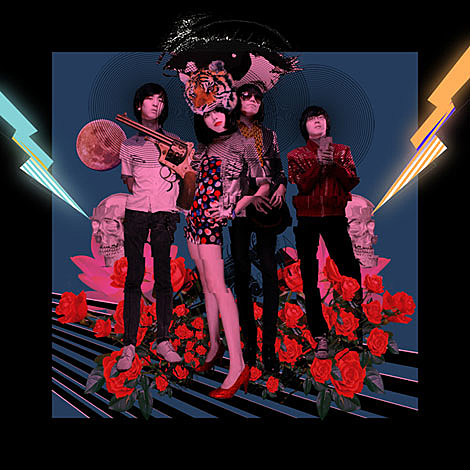 Beijing, China has a pretty healthy indie rock scene but we don't hear about it much here in the States, mainly, because they rarely tour here. But this week three Beijing groups are in town as part of the Sing for China tour, which supports an effort by the Chinese music community to help children orphaned by AIDS in China. The bands are Hedgehog, Queen Sea Big Shark, and Casino Demon -- all of which are on Beijing label Modern Sky. Hedgehog and QSBS play tonight (9/23) at Silent Barn (along with Pink Reason and Matt from Psychedelic Horseshit), and all three will play Columbia University on Friday (9/25) and Santos Party House on Saturday (9/26). I don't claim to know much about the bands, so let's just quote from the press release.

Hedgehog: Powered by pint-size female drummer/vocalist Atom, Hedgehog represent the best of China's rock scene. The band was a featured headliner at the Modern Sky Festival in 2008 and Strawberry Festival (Beijing) in May of 2009. Hedgehog's 2006 debut Noise Hit World was a critic favorite in China, and their 2008 release Blue Day Dreaming helped catapult them to the top of the Chinese indie-rock world.

Casino Demon: Veering from raw, noisy guitar bursts to tight, rapid-paced assaults, Casino Demon during 2006 moved from the outskirts of the Beijing live music scene to the forefront. At heart, they're a good-time rock n' roll band that really like to crank it up. Casino Demon recently celebrated the release of their new album, Teenage, in March of 2009.

You can download MP3s from all three bands at the top of this post. All Sing for China tour dates and some videos below... 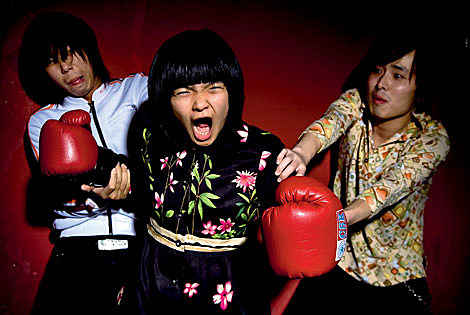