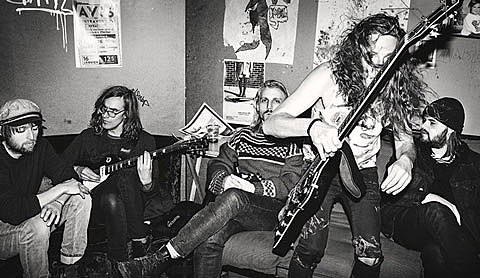 Montreal band Chocolat released their third album, Tss Tss, last year -- a terrific slab of psych/prog that broke through the French language barrier into the astral plane. It didn't get much attention below the Canadian border, but if you dig this sort of trip and aren't scared of a little un-deux-trois-quatre!, you should really give it a spin, and can do so below.

Chocolat will be in NYC for CMJ, including the annual M for Montreal showcase at Arlene's Grocery which happens Friday, October 16 with Elliot Maginot, Look Vibrant, Nancy Pants, The Muscadettes and Solids.