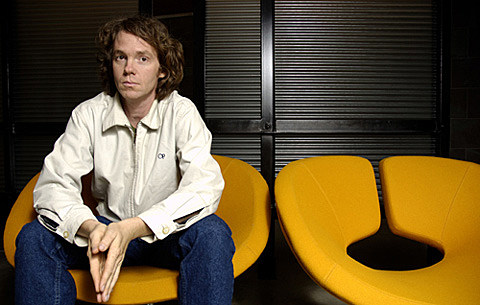 Chris Brokaw, who's played in Codeine, Come, Wrekmeister Harmonies and many other groups, will release his new album, The Periscope Twin, on March 17 via 12XU. The double LP consists of two solo pieces (one with electronics, one with guitar), each 40-45 minutes long and recorded in one take with no overdubs. You can stream a portion of the guitar half, titled "Skating Under Glass, Living Like A King," below.

Brokaw, who toured last year with Bob Mould, will be hitting the road next month, with three NYC appearances. He'll play Secret Project Robot on March 11 as a duo with Kid Millions and "special guests"; then Union Pool on March 12 with guests Norman Westberg (of Swans) and Matthew Mullane; and then Trans-Pecos on April 17, details TBA.