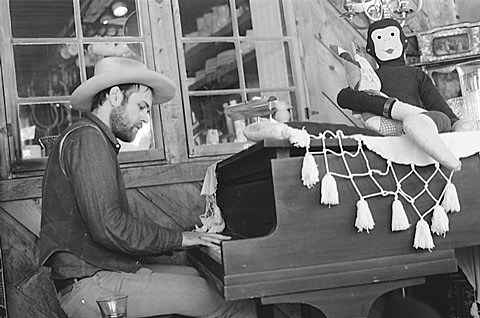 Having spent time in a number of bands over the last few years, Chris Catalena is set to release his new solo album, Here Comes the Time in June via Pau Wau Records. The album was made in California with Brian Jonestown Massacre's Rob Campanella producing, and the record features members of Black Angels, Strange Boys, as well as Brian Wilson percussionist Nelson Bragg. Written while staying in Los Angeles and nearby Laurel Canyon, it's definitely got some of that history infused in its dusty, twilight-psychedelic songs. We've got the premiere of one of them, "Here Comes The Time," which you can listen to in this post.

Chris Catalena and his band The Native Americans don't have tour plans as of yet, but they will be playing this weekend's Austin Psych Fest, playing Sunday (5/4) afternoon on the Reverberation Stage. So if you're heading to APF, do check him out.