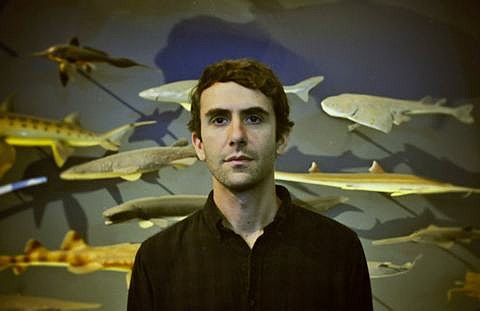 Onetime Deerhoof guitarist and Curtains frontman (among other projects), Chris Cohen released Overgrown Path, his solo debut, last year on Captured Tracks which made a few Best of 2012 lists (like Hospitality's) and you can stream the whole thing via Spotify below.

In related news, one of Chris' old projects, Deerhoof side project Natural Dreamers (with John Dieterich and Jay Pellicci), have released their first new 7" in 10 years via Joyful Noise and it can be ordered here.

Chris lives a farm in Vermont these days but gets out to play shows too and will be on tour most of next month, including a requisite stop in Austin for SXSW. On the way back from Texas, he'll stop in NYC for a show at Silent Barn on March 29. All tour dates are listed below.