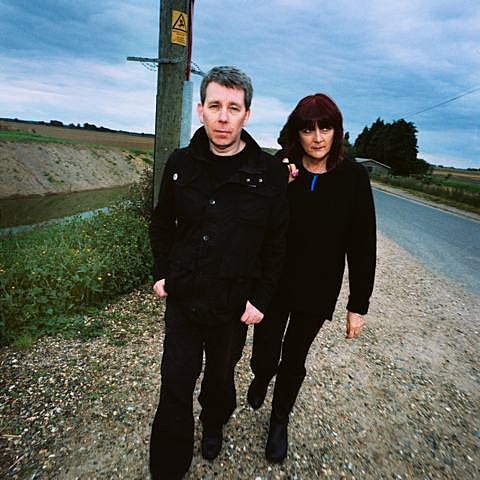 When industrial pioneers Throbbing Gristle shut down operations in 1981, Chris Carter and Cosey Fanni Tutti kept working together, making icy, trance-like dance music with occasional forays into pop -- their 1982 single "October (Love Song)" remains a new wave / goth night staple. Chris & Cosey have remained active (and a couple) ever since, sometimes as CTI and most recently as Carter Tutti.

Carter and Tutti will be in North America next month, having been invited to play a MoMA PS1 "Sunday Session" on January 5. They'll be performing as X-TG, which was all of Throbbing Gristle (minus Genesis P-Orridge), a project that only played live twice before Peter "Sleazy" Christopherson died in 2010. XT-G, with vocal help from Antony, Marc Almond, and Blixa Bargeld and others, released a double album, Desertshore/The Final Document, last year. (Stream tracks from it below.) The MoMA PS 1 show will be a "live remix" of select tracks from that double album, and will be the first time it's been presented live in North America. The show, which also features performances from Branden W. Joseph and James Hoff, is sold out.

However, in addition to that X-TG performance, there will be Chris & Cosey shows as well. The duo play Santos Party House on January 11 with Excepter. Tickets for that show are on sale now. C&C also play Chicago at Metro on January 9.

Streams and the video for "October (Love Song)" below...