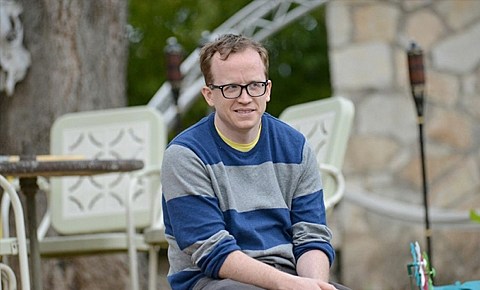 Who doesn't love a good underdog story? The classic tale of "man works his way up the ranks of the Upright Citizens Brigade Theatre, man is cast on a Comedy Central show that is cancelled after one season, man creates his own show on public access and does bizarre shit until he's discovered."

If you've been following the inspiring trajectory of The Chris Gethard Show over the past few months, you were probably screaming and crying with the rest of the GethHeads when Gethard announced that Comedy Central ordered a pilot of the show. You also probably attended, or wish you attended, his album recording at the Creek and the Cave.

Well lucky for you, he's finally releasing his debut comedy album, titled simply, My Comedy Album. It's coming out digitally and on vinyl through NJ punk/indie label Don Giovanni Records. The record is out on April 22, but you can preorder both vinyl and digital copies HERE now. Lose well, GethHeads.

Watch a video from The Chris Gethard Show below...