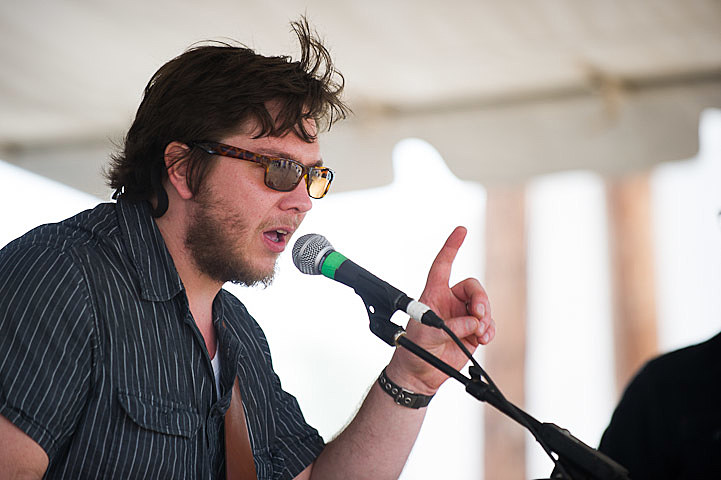 Many know the story of how when DeYarmond Edison broke up, Justin Vernon started Bon Iver and the remaining members formed Megafaun. Well apparently, there's a missing piece to that puzzle that the world recently learned about. The remaining DeYarmond Edison member, Chris Porterfield, "hung back in Wisconsin" while Bon Iver and Megafaun continued releasing records and touring, and began working on his project, Field Report which he has since expanded to a full live band.

Like Justin Vernon's early solo work, Field Report creates a sparsely textured, slow-burning take on contemporary folk, though Chris has far more of a rootsy twang in his voice than his fellow ex-DeYarmond Edison spinoffs. Check it out for yourself by downloading two tracks, "I Am Not Waiting Anymore" and "Fergus Falls," above or streaming them below.

Field Report, who have not played NYC yet but just finished a tour opening for Megafaun which brought them back to Austin, made their live debut at SXSW where they played Hotel Vegan on a stage with other folk artists including ex-Fleet Foxes drummer J. Tillman's new Father John Misty project. More pictures from Field Report's set, and the song streams (when Soundcloud stops being down), are below.

Field Report - "I Am Not Waiting Anymore" 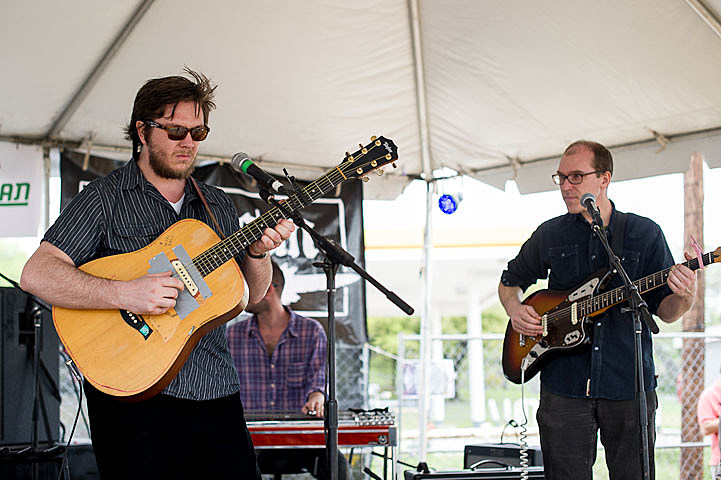 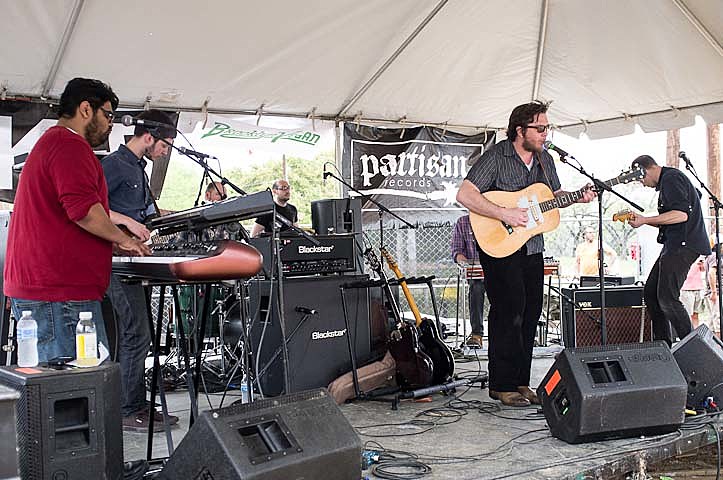 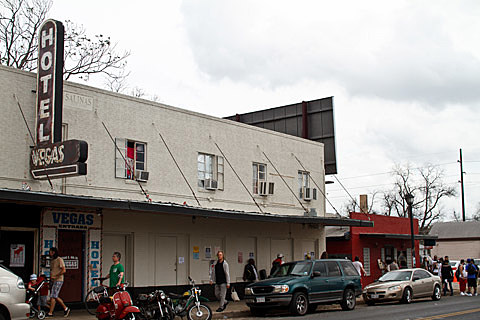 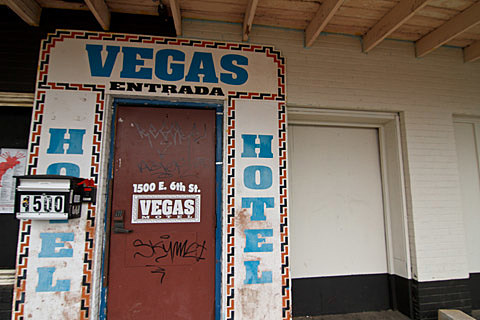 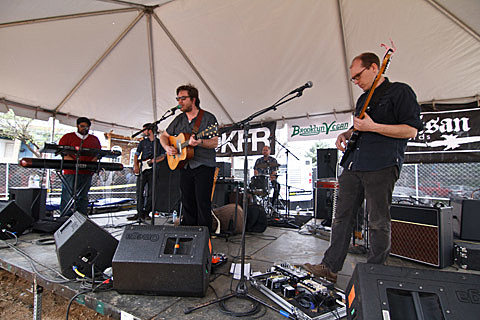 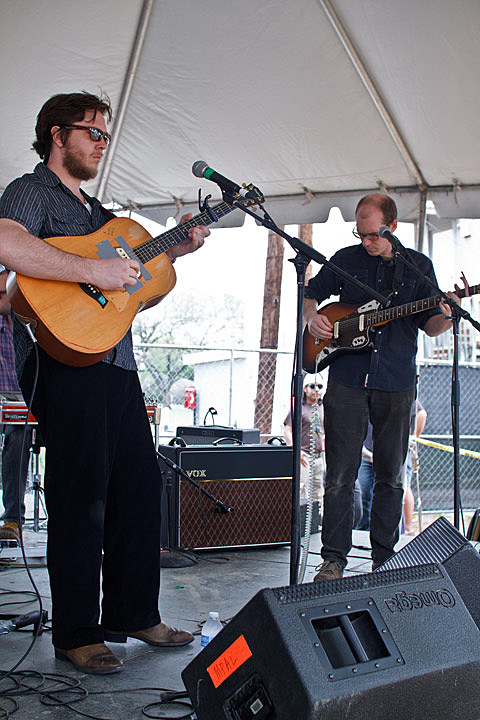 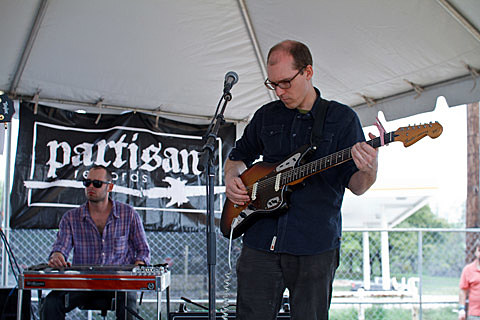 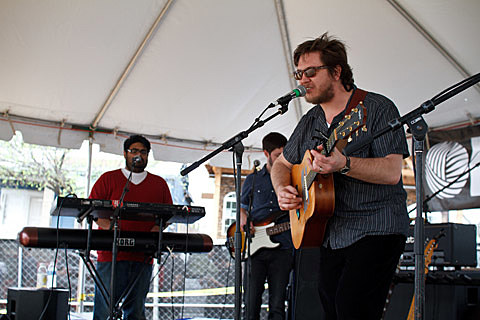 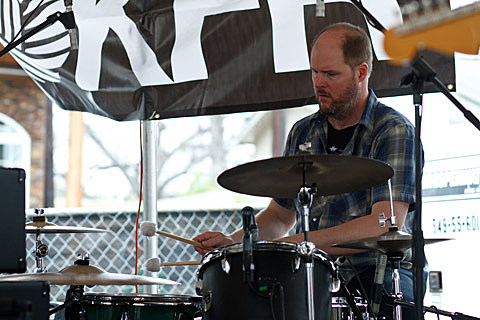 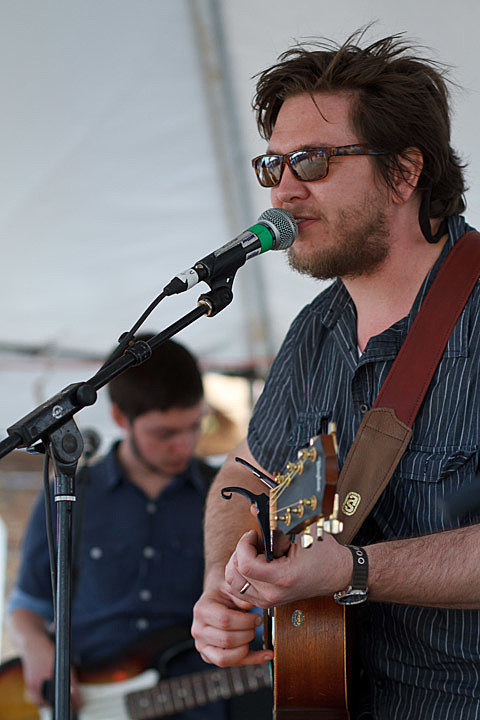 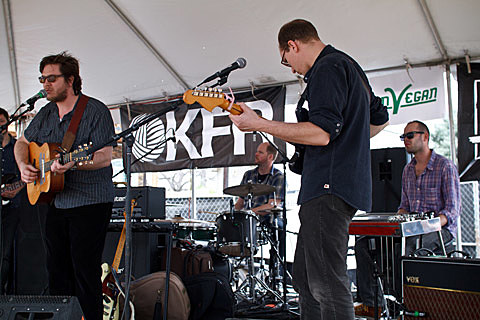 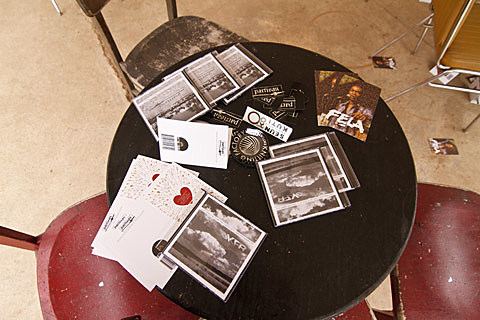 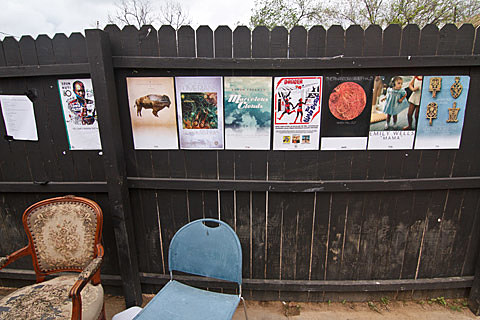 Field Report is playing Hopscotch Festival in September. Maybe we'll get their first NYC shows around them too.