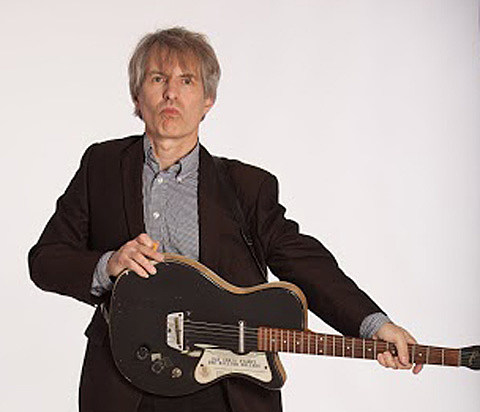 Chris Stamey and Mitch Easter are old pals. Before the dB's and Let's Active, respectively, they were both in late-70s Chapel Hill band The Sneakers, they have played on each others records, are both members in the Big Star Third band, and Stamey also briefly played in Let's Active. Trying to recapture some of that Winston-Salem janglepop magic, Stamey has enlisted Mitch for his new album, Eurphoria, which will be out June 2 on Yep Roc. On it he also pays tribute to friend (and onetime Let's Active member) Faye Hunter who died in 2013, emulating her bass style. We've got the premiere of first single "Invisible" and Stamey told us a little about it:

I wrote this with a capo high on my old Silvertone guitar, a clear, "silver" tone. It's about some seemingly magic events that happened to me at a time of great loss. We live in an era of science, tantalized by explanations for everything, but I think there are still "invisible" mysteries everywhere; it's just that we no longer are on the lookout for them. More to the point, I had played bass briefly with NC's own Let's Active and, with that sound in mind, was thrilled to enlist both Mitch and drummer Eric Marshall with me for this groove. I had hoped to get to the sound of Marshall Crenshaw (with Steve Lillywhite and Scott Litt) on "Whenever You're On My Mind" from Field Day and even called up Litt and interviewed him about what precise combination of Roland Space Echo and pre-delayed reverb plate they'd used at the moment the chorus hits -- but of course you can't capture lightning twice in a bottle, Ben Franklin notwithstanding.

Stream "Invisible" and check out Euphoria's cover art, below... 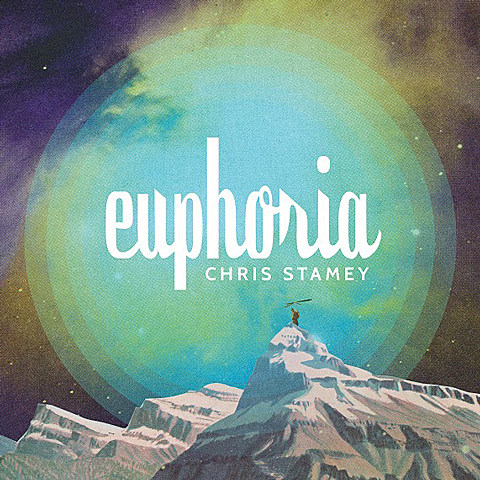