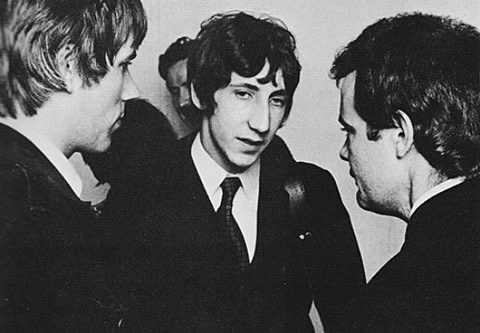 On stage at Detroit's Joe Louis Arena on Saturday night, The Who's Roger Daltrey saluted Chris Stamp -- one of the two early managers that launched the group's success -- as a man "without whom we wouldn't be the band we were."

Stamp -- who not only co-managed The Who with the late Kit Lambert but also co-founded the group's Track Records label and executive produced most of its albums and film projects starting in 1968, died from cancer on Saturday at the age of 70 at Mount Sinai Hospital in New York City. -[Billboard]

Besides The Who's crucial earlier days, Stamp's Track Records is responsible for the release of of the landmark The Jimi Hendrix Experience LP Are You Experienced?, Thunderclap Newman's Hollywood Dream, the self-titled debut from The Crazy World Of Arthur Brown and more. He leaves behind a wife of 22 years, two married daughters and grandchildren. (His brother is actor Terrence Stamp.) Goodbye Chris Stamp, you left an indelible mark of rock as we know it.