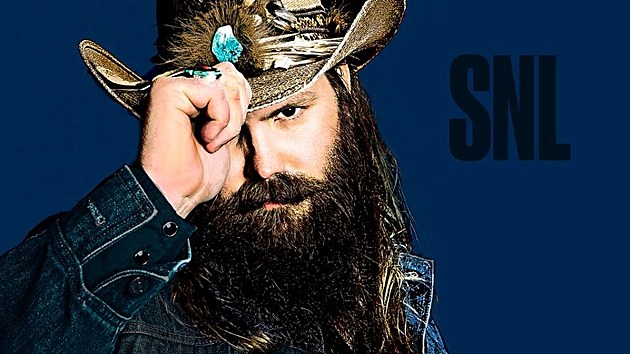 Country singer Chris Stapleton followed up his killer 2015 by being the first musical guest of 2016 on Saturday Night Live last night. He and his band did "Parachute" and "Nobody to Blame" off last year's Traveller for the episode, which was hosted by Adam Driver (fresh off playing Kylo Ren in Star Wars: The Force Awakens). Check out both performances below.

Also on last night's episode, Fred Armisen gave a tribute to the late David Bowie, reminiscing on seeing Bowie's legendary 1979 performance on the show. Watch Fred's tribute below too.