Chris Stapleton was supposed be on a massive tour this year (Madison Square Garden included), though that's currently postponed until 2021, but he will be releasing a new album, Starting Over, on November 13 via Mercury Records Nashville (pre-order).

He recorded the album at Nashville's historic RCA Studio A (where he also recorded 2017's From A Room: Volumes 1 & 2 and 2015's Traveller) and Dave Cobb is once again the producer's chair. Dave also plays acoustic guitar on the album, and other contributors include Chris' wife Morgane Stapleton (vocals, tambourine), his longtime bandmates J.T. Cure (bass) and Derek Mixon (drums), Tom Petty and the Heartbreakers members Mike Campbell (electric guitar) and Benmont Tench (Hammond B3 organ), veteran pedal steel player Paul Franklin, and the All Voices Choir. The album features 11 original songs and covers of John Fogerty’s “Joy Of My Life” and Guy Clark’s “Worry B Gone” and “Old Friends."

The first single is the title track, which finds Chris in earthy, folky, stripped-back mode, which is one of his most appealing sides. Listen and check out the artwork and tracklist below. 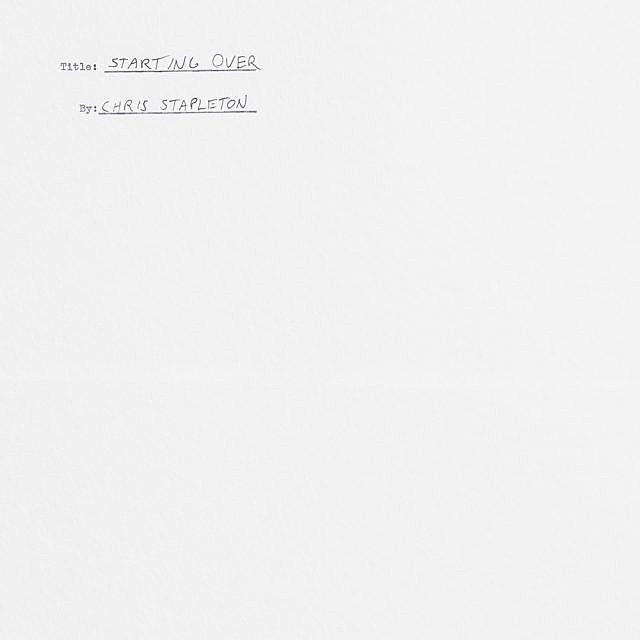