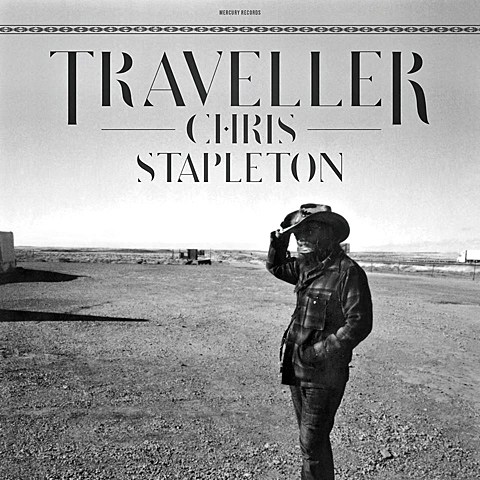 Among the lineup for the mostly-mainstream country FarmBorough Festival taking place on NYC's Randall's Island from June 26-28 is a few artists who avoid the pop-country formula like Dwight Yoakam, Sturgill Simpson, and Nashville's Chris Stapleton. Chris released his debut album, Traveller, earlier this year on Universal, and it's mostly melancholic, down-on-my-luck country with lines like "I drink because I'm lonesome and I'm lonesome 'cause I drink" ("Whiskey and You"). The way Chris tells it, the album's the result of "15 years of effort" (including years as a songwriter for other artists) and he recently released a video, "15 Years of Traveller," chronicling the stories behind the album. You can watch that, and a video of him playing the aforementioned "Whiskey and You" below.

If Chris's music reminds you of Sturgill Simpson's last record at all, that might be because they both used producer Dave Cobb (who has also produced Jason Isbell and Jamey Johnson). In fact, Chris chose Dave after liking what he heard on Sturgill's Metamodern Sounds in Country Music.

That NYC festival is just one stop on his ongoing tour, which also includes a Kansas City show with Dwight Yoakam, a Nashville show with Jason Isbell, and more. All dates are listed, with those videos, below...