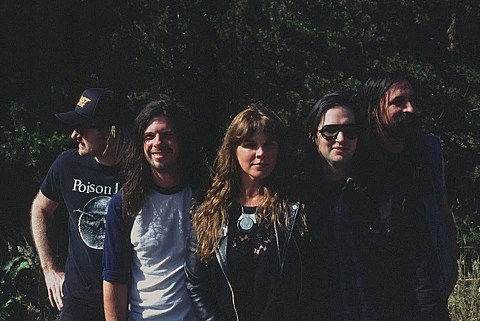 Christian Mistress will release their new album To Your Death on September 18 via Relapse (pre-order). So far they've released two songs and now we've got the premiere of a third, "Neon." It's classic metal/hard rock that could've come right out of 1980 -- its riffs from Iron Maiden and British Steel and Christine Davis' howling vocals from Crimes of Passion -- but it's too spirited to be merely idol worship. You can and should check it out below.

The band will be on tour soon with another great band who recalls that era of metal, High Spirits, and Savage Master. That tour hits NYC on September 9 at Saint Vitus with Python. Tickets for that show are still available.

They added European dates since we last spoke too. All dates are listed, with the "Neon" song steam and the other two singles, below...