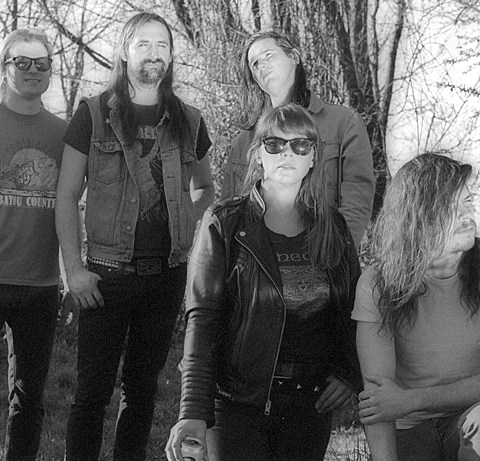 Portland, OR metal band Christian Mistress, who are mad at Kanye West for using the same symbol as their 2010 album for his new album even though the symbol is 800 years old, have finished their own new album. Most info on that is still TBA, but maybe that will change before their upcoming summer tour which will have them playing the new material.

The tour is with High Spirits, who like Christian Mistres, do a lot of justice to traditional '70s-style metal. It hits NYC on September 9 at Saint Vitus. Opening that show and a few other dates is Savage Master. Tickets are on sale now.

All dates are listed, with some music from Christian Mistress and High Spirits, below...