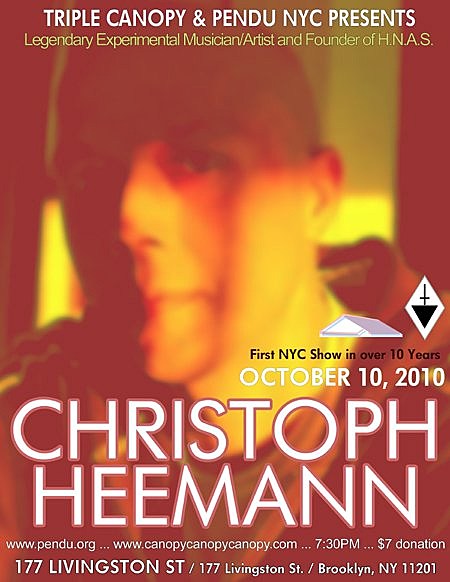 German musician Christoph Heemann is widely known as being involved with music projects H.N.A.S., Mirror, and Mimir. Since the mid-90s, Heemann has collaborated with an array of musicians and visual artists, including Jim O'Rourke, Merzbow, and Current 93's David Tibet, among others. Heemann's most recent release is a two-track LP entitled Bloomington, Indiana... Autumn (Drag City, 2010), produced in collaboration with O'Rourke and guitarist Lee Ranaldo. This show marks Heemann's first performance in New York in more than ten years.

Tonight's Brooklyn show is one of a few Christoph has scheduled in the United States this month, and they are listed below...