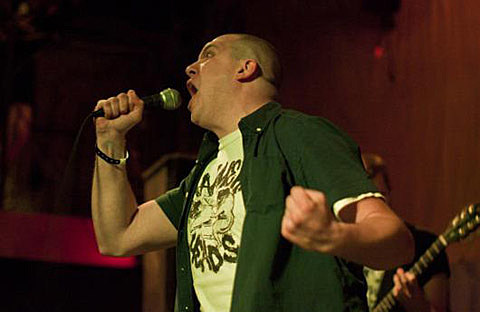 Christopher Hansell of Warthog (ex-The Men) has dropped off his top 10 releases of 2012, as well as other thoughts on the passing year. Check out those below.

Warthog (which also features members of Nude Beach) is scheduled to play Worcester, MA at The Beacon on 12/15 with Who Killed Spikey Jacket, in addition to their previously discussed show with Inmates at Acheron on 1/12.

Hansell is also involved in power electronics crew Foreplay who will play the West Coast later this month with the great Pharmakon and Soren (of Rosenkopf). Dates are below. Soren will also play NYC at Saint Vitus on 1/5 as part of the Dysrhythmia/Wreck & Reference show (tickets).

Speaking of The Men, check them out this Friday at Saint Vitus (12/14), part of a Hurricane Sandy benefit (tickets).

Label of the year -
Sacred Bones

* - I didn't list Merchandise's Children of Desire on my top 10 because I work closely with the band. Having said that, it is one of my favorite records of this year and I think it would be silly to NOT mention it.