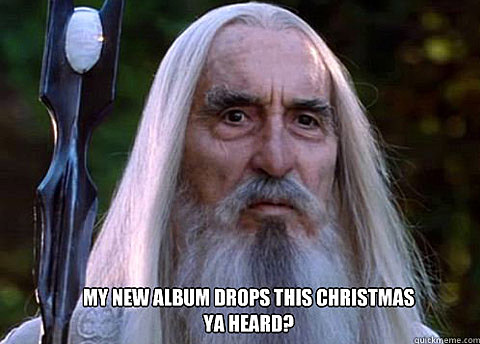 Saruman the White, I mean 90-year-old actor Christopher Lee, has released A Heavy Metal Christmas, a new single featuring metal covers of "The Little Drummer Boy" and "Silent Night". Order your copy at iTunes and check out the teaser below. The single is the follow up to his two metal LPs Charlemagne: By the Sword and the Cross and Charlemagne: The Omens of Death. Stream the latter below.

Of course if you arent a power metal fan, you can catch Christopher Lee (who has appeared in nearly 200 films) at the cinema where he is currently starring in The Hobbit, in theaters now. Otherwise head below for some ripping Christmas tunes. Sort of.