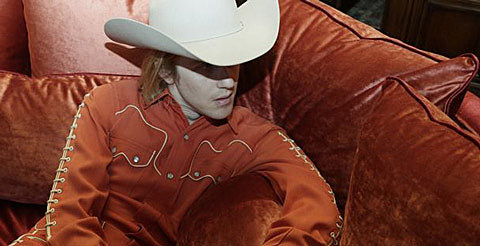 Former Girls frontman Christopher Owens will release his second album under his own name on September 30 via the new North American arm of Welsh label Turnstile. It's titled A New Testament, and Owens offers this about it:

It's a testament to honest, earnest, simple songwriting--"three chords and the truth", songs inspired by the fundamentals of American music--Gospel, Country, R&B, picking the songs for this record was exciting enough for me, because they're some of the ones that speak to me the most, of my memories, real life experiences, my battles, my victories. But hearing the record actually take form and come to life was even more exciting than I imagined. The new ground we worked towards--playing with Ed Efira on pedal steel for the first time, all of it was an amazing experience.

This album is nothing if not a testament to the power of music, and to the musicians that made it--John Anderson, Darren Weiss, Makeda--who all helped make Father Son Holy Ghost what it is, Danny Eisenberg--who was introduced to me during the sessions for Broken Dreams Club and played again on Father Son Holy Ghost, this is now our third record together, and I think that's what shows.

The first single from the album is "Nothing More Than Everything to Me," and the video for that was released today. Directed by actor Max Minghella (whose late father, Anthony Minghella, directed The English Patient), its a sweet tale of puppy love and you can watch that below.

Owens will be on tour this fall, beginning his trek with two NYC shows: Highline Ballroom on September 23 and Music Hall of Williamsburg on September 24. Tickets for the MHOW show go on AmEx presale today (7/9) at noon with the general on-sale beginning Friday (7/11) at noon; tickets for the Highline show will be available soon via Ticketweb.

All dates are listed, along with album art, tracklist and new video, below...

Christopher Owens - Nothing More Than Everything To Me 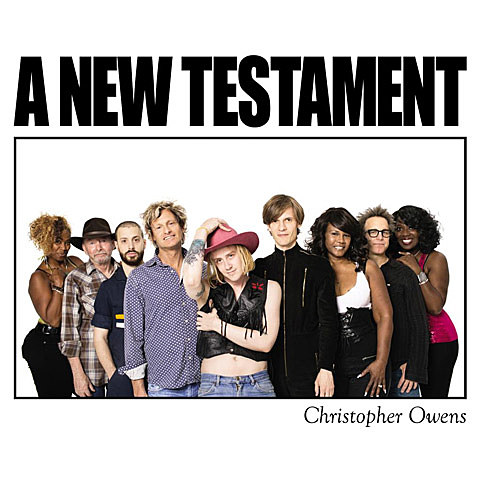 Christopher Owens - A New Testament tracklist:
1. My Troubled Heart
2. Nothing More Than Everything To Me
3. It Comes Back To You
4. Stephen
5. Oh My Love
6. Nobody's Business
7. A Heart Akin The Wind
8. Key To My Heart
9. Over And Above Myself
10. Never Wanna See That Look Again
11. Overcoming Me
12. I Just Can't Live Without You (But I'm Still Alive)