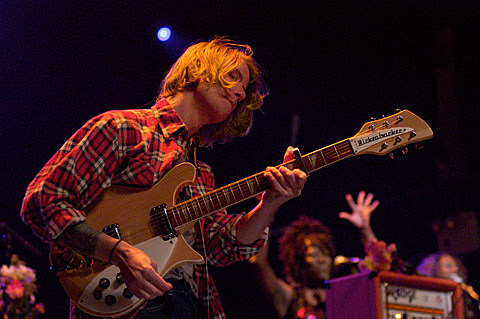 Christopher Owens of Girls revealed today in a series of tweets that he will be leaving Girls, the band for which he is pretty much the brains behind, and a band that has experienced enormous success over the past year. The band's publicist confirms the news is true. The tweets read:

1) Dear all, This may come as a surprise to many & has been an issue of much thought for me. My decision was not easy to make

2) I am leaving Girls. My reasons at this time are personal. I need to do this in order to progress

3) I will continue to write & record music. More will be announced soon. I thank you all for everything. Sincerely-Christopher

If it's a case of Christopher not wanting to work with the other bandmembers (aka Chet "JR" White, the only other constant member), at least he's going the Jack White and the White Stripes route and not keeping the band name and replacing everyone like Billy Corgan did with Smashing Pumpkins and James Mercer with The Shins. What do you think?