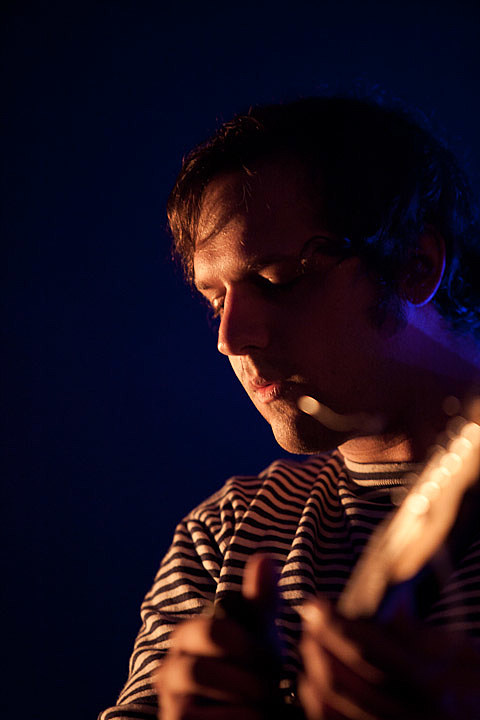 The Calgary music scene was in mourning Tuesday with news that Christopher Reimer, guitarist for local noise-pop band Women, passed away in his sleep.

Women, who had released two albums to great acclaim, had been on indefinite hiatus for more than a year since the release of their last album, Public Strain.

The group had toured the world and performed with acts ranging from Mogwai to Wire.

The cause of Reimer's passing as well as funeral arrangements have not been announced yet. [Calgary Herald]

Though we haven't heard about the band Women in a short while, they've appeared on BrooklynVegan many times since 2008 when we first caught them at the Sled Island festival, we tried not to confuse then with Girls, we announced their signing to Jagjaguwar, and we even hosted them at a BrooklynVegan CMJ party. The above shot of Christpher was taken at our most recent brush with the band, which was at Pop Montreal 2010.

Christoper was only 26. Way too soon. Rest in Peace.

A live Women video is below...